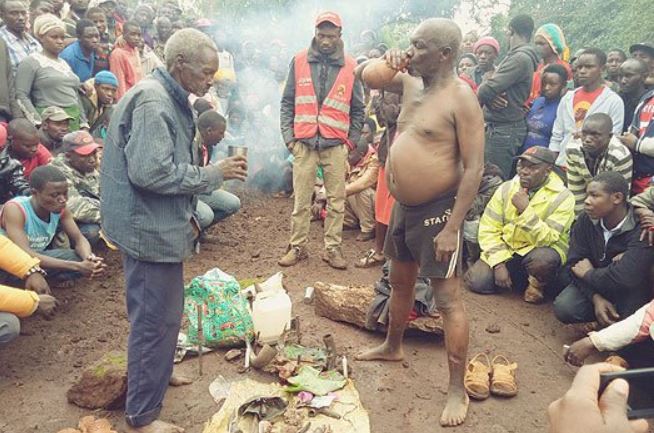 Residents of Iriani village in Chuka, Tharaka Nithi County on Thursday morning were treated to a bizarre spectacle as a witch doctor plied his trade in public.

The famed wizard, popularly known as Njua, had been sought by bodaboda operators in Chuka Town to expose the culprit who killed one of their own.

The deceased, identified as Dickson Kaburu, was killed in a suspected robbery and his body dumped in a maize plantation where it was found on Wednesday morning.

James Mutegi, one of the bodaboda operators, said they decided to seek the witch doctor’s services because “whenever thieves are arrested by police and taken to court, they are released on bond and return to haunt them.”

“We contributed Sh50,000 on Wednesday and agreed to pay a witch doctor to perform his magic so that we can know the killers of Mr Kaburu,” added Mutegi.

On Thursday, the highly anticipated man of the hour arrived at the scene of the crime carrying a black bag full of paraphernalia accompanied by an assistant.

He reportedly began his black magic by slaughtering a black goat that had been presented by the deceased’s family. He proceeded to strip down to his black shorts before removing his tools of trade from the bag and strategically placing them on the ground.

Njua and his helper then drank some liquid from a decorated horn before sharing it with the boda boda operators who had contacted him.

He warned the men who took the drink not to engage in any sexual activities with their wives for seven days.

“Keep off your wives for seven days if you have taken the drink,” said Njua.

The witch doctor and his assistant then danced around the paraphernalia in circles singing curse chants in a local dialect.

“May whoever murdered the young man be knocked down by a vehicle, hang or poison himself,” chanted Njua.

As the onlookers followed the proceedings keenly, they were taken aback when Njua summoned a snake. Frightened and shocked, the villagers ran for their lives in different directions.

Njua stated that the murder would be solved in seven days.

“In seven days, the killers will come out in public and confess that they murdered the young man and took his motorbike, ” he said.

Njua later collected his tools and proceeded to where the slaughtered goat was and shared the meat with the mother of the deceased and the riders who had invited him. 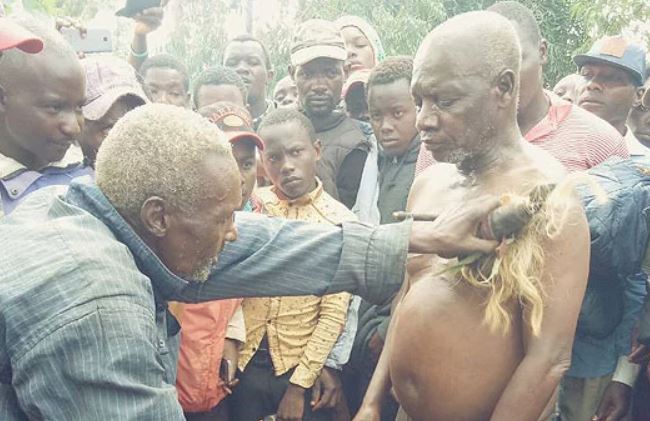 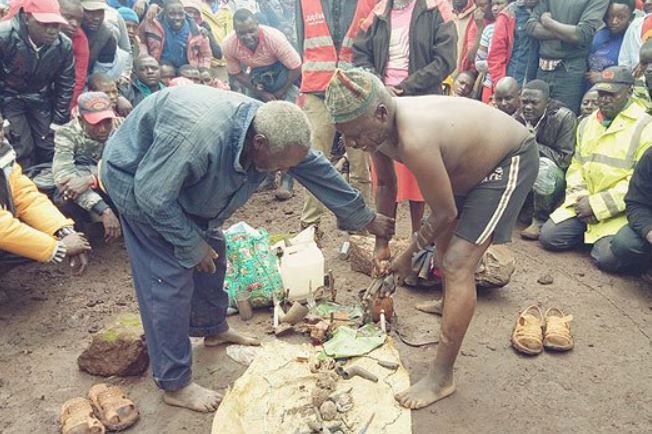 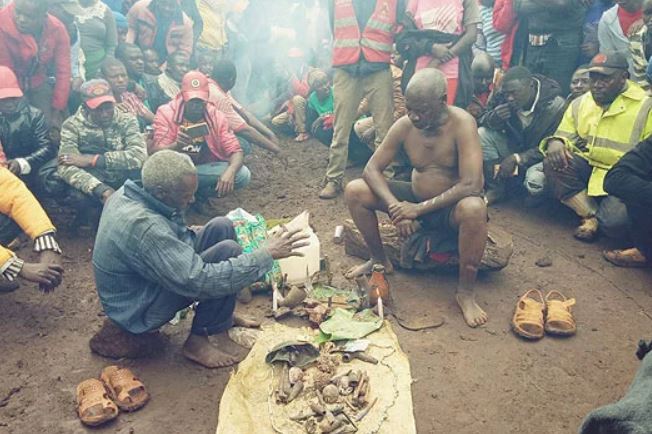 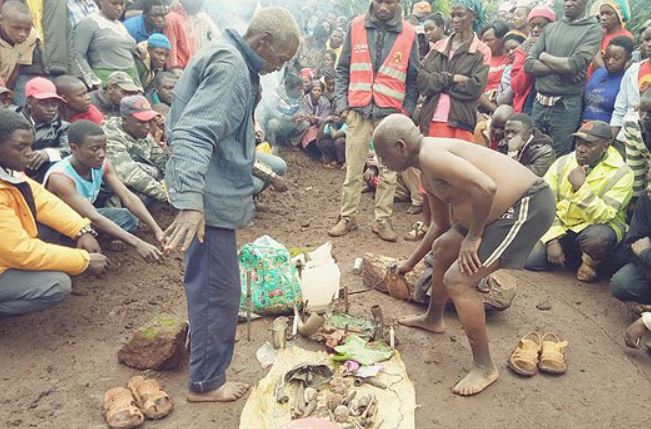 All The Trending Images This Furahiday < Previous
UoN Beats Moi University To Top Spot in Latest Ranking By Academic Performance Next >
Recommended stories you may like: