According to the report by University Ranking by Academic Performance(URAP), Moi University came second in the country. In East Africa, UoN was ranked at position two and Moi at position four.

Worldwide, UoN is ranked at position 1,264 with Moi taking a distant position 2,006.

The worst performing learning institution was Zayed University in the United Arab Emirates at position 2,500.

The ranking system focuses on academic quality and is completely based on objective data obtained from reliable open sources.

URAP has gathered data from about 3,000 Higher Education Institutes (HEI) in an effort to rank these organizations by their academic performance.

Here’s a screengrab of the Kenyan ranking. 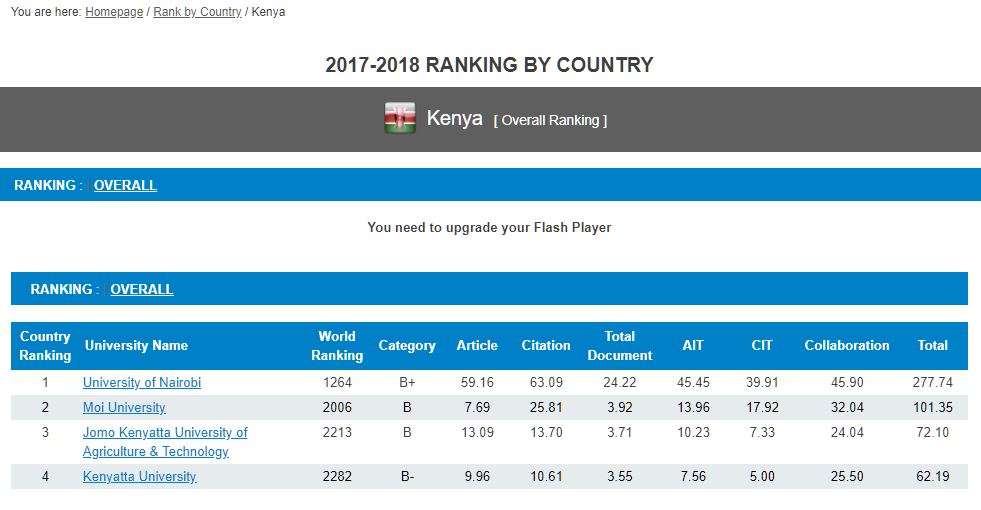 Witch Doctor Summons Snake, Orders S*x Ban in Hunt for Boda Boda Killer [PHOTOS] < Previous
The Hottest Stories on the Internet Today (Monday April 23) Next >
Recommended stories you may like: