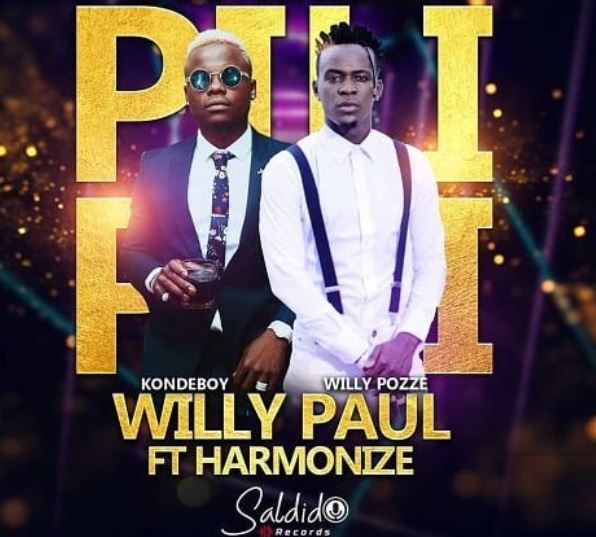 Willy Paul’s continuing quest to branch out of Kenya and into the larger East African market has seen the controversial singer team up with Tanzania’s Harmonize.

Dubbed ‘PiliPili’, it is a remix of the original song done by Willy Paul and released about nine months ago.

Unlike his previous releases such as “JigiJigi”, and “Tempted”, “Pili Pili” is subtler with its secular elements and sees the two artists preaching an important message for the ladies that money is not everything.

“Money is not everything, ladies if ur married just take things slow..God’s speed is always the best. Respect the man that God has given you. Usimdharau. He might be poor today but remember no one knows what tomorrow holds. You don’t expect your husband to call you an Angel na tabia zako haziambatani na za malaika.. Don’t leave ur husband and kids for another man…. all for the sake of money… Enjoy my new song pilipili,” says Willy Paul.

‘Pili Pili’ tells the story of a beautiful lady that always complains about how she is not treated well by her spouse. She always puts her needs first at the expense of her family.

The song has been well received but Willy Paul will probably not be delighted with fans’ views that he was outshined by the talented Bongo star on his own song.

The Hottest Stories on the Internet Today (Tuesday April 10) < Previous
“Why My Mum Almost Aborted Me,” Size 8 Reveals Next >
Recommended stories you may like: