VIDEO: Here’s How That Otile Brown and Sanaipei Tande Wedding Went Down 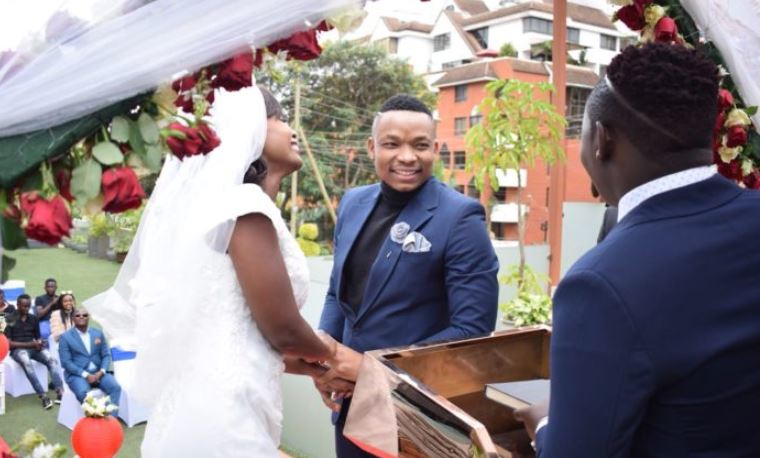 Mombasa-born singers Sanaipei Tande and Otile Brown have finally confirmed what we all knew following the release of a love ballad.

Speculation had been rife about a rumored secret wedding between the two after pictures from their video shoot emerged. They, however, did not fool anyone as Kenyans have become accustomed to such stunts from the likes of Willy Paul, Akothee, and Bahati.

The duo’s song is titled “Chaguo La Moyo” and it is brilliant as we had predicted. Produced by the experienced Teddy B, the sweet love ballad is why idioms like “music to my ears” were coined.

The video, directed by X Antonio, is equally impressive and it is giving people the feels on YouTube as it climbs the charts.

The Hottest Stories on the Internet Today (Friday April 6) < Previous
Jose Chameleone and Wife Welcome Fifth Child in the U.S. [PHOTO] Next >
Recommended stories you may like: