Rappers Abbas and Khaligraph Jones Pay Homage to Each Other, Hint at Collabo 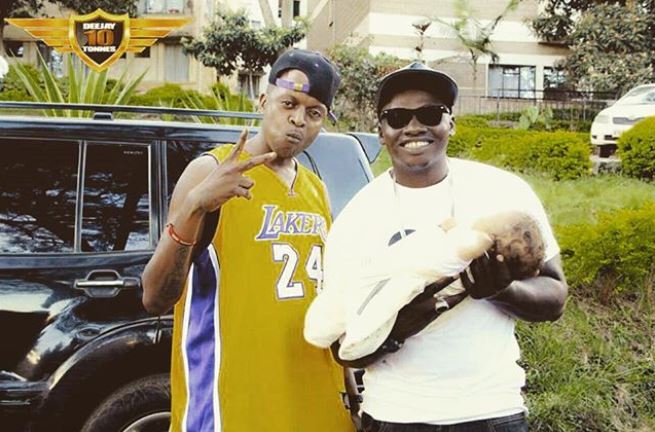 Our rap prayers have been answered; Kenya’s hip-hop OG’s Abbas Kubaff and Khaligraph Jones might bless us with a joint soon.

The two rappers had Kenya’s rap fans excited when they each took to their respective social pages to pay homage to each other, a rare gesture in Kenya’s Hip-hop culture.

It started with the ‘Omollo’ rapper who paid a glowing tribute to the pioneer OG of Kenyan rap with a video on Instagram.

In the clip, a humbled Khaligraph talks up Abbas’ contribution to his rap career, revealing how the former K-South rapper put him on when he was starting out.

“Abbas didn’t ask me for money, he didn’t for anything…I have a lot of respect for that guy…like total utmost respect,” says Khali.

A few hours later, Abbas Doobeez returned the favour, and gave Khali a glowing endorsement before hinting at a collabo.

He captioned a picture they had taken back in the day:

“Most rappers are not bold enough to pay homage because of “pride” and all that extra shit! Game wreconize Game and I give a big shout out to @khaligraph_jones for giving props and remembering where he srtarted from. I said it before in 2008 watch out 4 this Ninja coz he is the future of Hip-Hop!! Some pple might have a different opinion but i aint mad at that…coz everyone is entitled to theirs anyways…and if u preffer otherwise, well urs is out the window!!! But u cant deny the fact that my nigga ryt there can spit that venomous flame!!? #Fax This picture speaks volumes if u grasp the meaning.?(Hip-Hop is in good hands) Accept the fact that his hard work is finally paying off and if i were y’all id APPRECIATE rather than HATE!! I cant wait 4 that day i touch down in 254 and hit the booth then the stage with Khali and drop another classic 4 the Hip-Hop fans and fam… coz U already know what time it is when we gets bizzy #TeamKhali RESPECT THE OGz!!!! KAANG KAAANG KAAANG KAAANG!!”

Why Muthoni Drummer Quuen is Pissed Off By Kenyan Media < Previous
“We Sit Down and Laugh at People’s False Stories,” Bahati and Diana Marua on Break Up Reports Next >
Recommended stories you may like: