Mutahi Ngunyi: Miguna Miguna is a Manufactured Hero…Uhuru-Raila Handshake Was a Trap 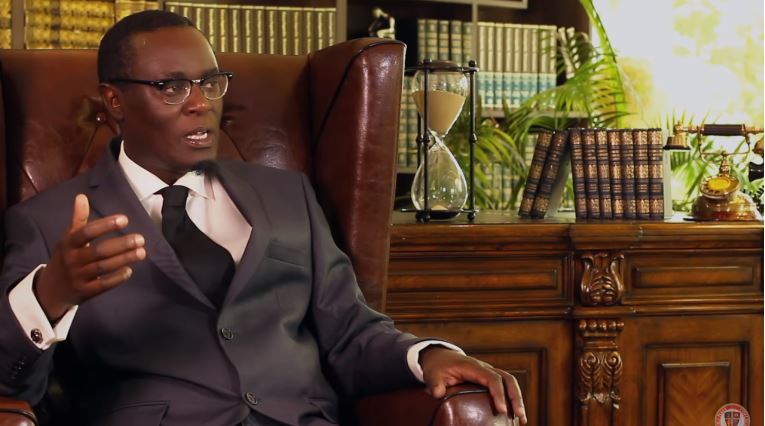 Political analyst Mutahi Ngunyi and his Forthall School of Government have some interesting insights about Miguna Miguna’s drawn-out saga with the government.

According to Mutahi Ngunyi, Miguna Miguna is a manufactured hero who doesn’t realise he is being used in a bigger political scheme.

In their latest video, ‘The Fifth Estate’ claims that Miguna is a “blind zealot” who is being set up by both President Uhuru Kenyatta and Raila Odinga.

Mutahi’s learned friends argue that Uhuru has made Miguna equal to Raila and that the Opposition leader might have been played. They argue that Uhuru deliberately humiliates Miguna Miguna, and each time the ‘General’ becomes a bigger hero.

The learned friends argue that the intention behind this is to build up Miguna and then “send him to the house of Baba as a political nuisance.”

Of the recent Uhuru-Raila handshake, the 5th Estate is of the view that it was a trap and likened it to a Venus flytrap. They claim that Raila is like a fly who was attracted to the “Harambee House” trap.

They further suggest that we might be treated to a second handshake between coprincipals Musalia Mudavadi, Moses Wetangula, Kalonzo Musyoka, and Deputy President William Ruto.

The Trending Images in Nairobi This Wednesday < Previous
I’ll Support Ruto’s 2022 Bid Even If It Ends My Political Career, Wiper MP Declares Next >
Recommended stories you may like: