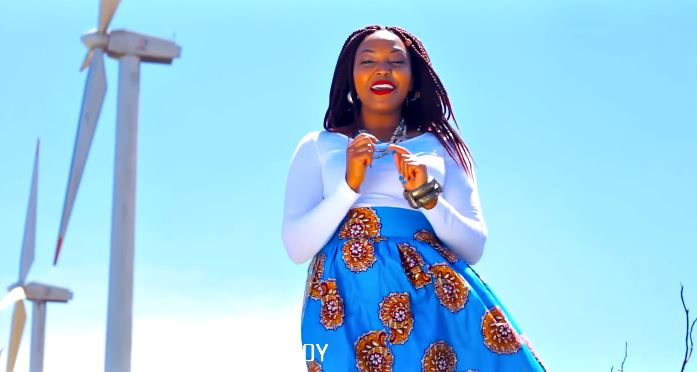 The year was 2013 and the Kenyan gospel industry had been blessed by the amazing songs of Esther Ndung’u. However, she inexplicably went missing leaving her newfound fans out to dry.

Esther, who is famed for the song “Kuoshwa Kwa Damu”, has finally made her highly anticipated comeback after five years.

She opened up to Buzz about her hiatus and what we can expect from her comeback.

You gave the world amazing songs in 2013, then went under…

Uh, I was naive then. I went into the industry blindly and I didn’t have a mentor to guide me; you know, someone to encourage and show me how to navigate it.

When I started out, I faced very many challenges; like I’d be invited to an event and not be allowed to perform. Besides getting scared, that really dampened my spirits.

But while my music career remained dormant for a while, other aspects of my life were flourishing. I became a mother and went back to school and studied for a course in Psychology.

During the break, I was able to reflect more on my career in music and my long-term goals. Now I am back — rejuvenated and wiser.

Tell us about your comeback song

The song is called “RIA” and it was released just a few days ago. RIA means joy and it is about giving praise to God for all the amazing things that He has done, not just for me but also for someone else out there.

Additionally, it’s a song that celebrates diversity. For instance, the chorus is in Arabic and I can bet that dancing enthusiasts will enjoy the song.

Are you back to stay?

Maybe I should start by apologising to my fans. Can you imagine that five years down the line, I still get messages from some of my fans questioning me about my silence?

I intend to get back to the studio next week and record more songs. This time, I won’t let them down. Like I said, I am here to stay.

I understand that the gospel sphere has different genres. What’s your kind of music?

I would say that I am an all-around artiste. My previous album has some reggae, kapuka and blues song. However, I am not sure that I can hack hip-hop.

When you took a hiatus, you had time to observe the industry from a distance. What did you learn?

That it is an industry of uncertainty, of chance. It is hard to tell what will work and what will not work.

In my comeback, I have resolved to focus on my dreams and do the best that I can. I have so much to share with the world and I will be back to the studio next week to record more songs.

While away, I found myself a mentor, Pitson, popular for “Lingala Ya Yesu”. He has taught me so much about the industry and now, as I make my way, I know I have someone to hold my hand.

Are you limited to gospel music?

As at now, I am inspired by the word of God but I don’t want to put myself in a cage. In the near future, I intend to do other genres provided that it is inspiring and socially acceptable.

I am certain that before you got into the industry, you must have had some expectations of what it would be like… did your expectations match the reality?

Oh, no. Remember that I said, how naive I was? I thought that all it took was one to be a good singer.

That deejays will be making incessant calls requesting for my CDs and I would have to deal with numerous invitations to perform.

My family and friends spoke highly of my music and I used to think that it was the case everywhere… that I was a star.

Lo and behold!! The industry is like a marketplace. You have to work hard, you have to persist and, importantly, you have to make peace with rejections.

I now know better and I am determined to prosper. Not for my glory but His.

What else are you involved in that contributes to your music?

I work with Immanuel Afrika, a rehabilitation centre my husband and I started for street children at Lusigeti in Kikuyu.

I spend time engaging them either in talks or counselling sessions. When these children change, they are amazing.

Which song do you listen to and wish you owned the lyrics?

That has to be “Mwema” by Mercy Masika. When I hear it, I can’t help but sing along. Also, “Kilele” by Pitson is a song I would have loved to have on my album.

An artiste you’d love to collabo with?

Kaem Kim. He’s an up-and-coming artiste with amazing vocals. Sometimes, I envision myself singing beside Mercy Masika and Pitson. So, yeah, I would want a collabo with them as well.

If we lived in the Biblical time, which character would you love to role play?

Esther. I promise that it has nothing to do with my name but because she is one woman who received unmerited favour from God.

Do you have a nickname that you’ve always wanted to use but for some reason you didn’t?

Several! When I started out, I wanted to use names like “Essie” and “Kelly Kelly”, hahaha.

My dad has a unique name — Muraba — and at some point I considered using it.

However, for some reason, people still continued to refer to me as Esther.

What is your greatest wish?

That my songs would be played and listened to beyond the Kenyan borders. I want to be out there.

I want people to be inspired by my music and I wish that people miles away relate to my songs.

More importantly, I want to win souls to Christ.

Who is your greatest fan?

Mmm…. This question is really putting me in a bad spot because I can’t afford to make anybody feel left out. So let’s say, my family and friends, with my hubby taking the top tier.

In the next few seconds, teach us something that you think we don’t know…

Love is friendship on fire.

PHOTO – Terryanne Chebet Unveils Daughter’s Face as She Turns 6 Months Old < Previous
10 Tips For Creating a Great Business By Tea Tycoon, Entrepreneur Flora Mutahi Next >
Recommended stories you may like: