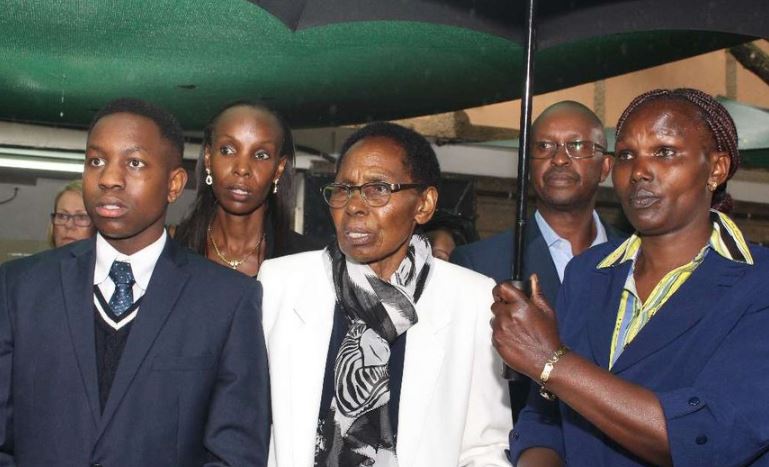 Human Rights Group – Amnesty International – has asked the Government to compensate the family of the late Kenneth Matiba for his illegal detention.

In September 2017, the High Court increased the late Matiba’s compensation to Sh945 million after the former minister went back to court over an error in the calculation.

According to new documents filed in court, the compensation has risen to Sh1.8 billion. Matiba’s lawyer John Mburu said interest on the Sh945 million has accrued to Sh1,458,520.

The court had also given him an additional Sh135 million as the cost of the suit. Interest on special damages has been put at Sh737,362,941, court documents show.

Justice Lenaola had also stated that the multiparty democracy hero was the founder, leader, and power behind his flourishing business empire and that his detention led to the collapse of the business chain and deterioration of his health.

In addition to asking for immediate compensation, Amnesty International wants the government to issue a public apology and reparation for all political prisoners.

“The 2015 Presidential State of the Nation address called for the swift adoption of the Truth Justice and Reconciliation Report by Parliament as required by law and the establishment of a Sh10 billion Restorative Justice Fund. As we bid farewell to Kenneth Matiba, neither promise has been kept. We call for the Kenyan government to move quickly to reparations,” he said.

In March 2015, President Uhuru Kenyatta announced a 10 Billion Shillings fund to be used for restorative justice, but three years after, it is yet to be implemented.

The Director further asked the Government to ensure that all former Prisoners of Conscience and their families have effective access to compensation, rehabilitation and other forms of support to enable them to resume a normal life.

He says: “The Kenyan Government, civic organisations, and citizens can best honor the memory of the late Matiba by publicly rededicating themselves to never again allowing Kenya to return to the darkness of the 1980s and 1990s.”

Betty Kyallo Tells Off “Weirdo” Who Asked To See Her Boobs < Previous
Millie Odhiambo Breaks Down What Would Happen If Waiguru Was Caught in the Act Next >
Recommended stories you may like: