“He Tried to Kill Me After I Discovered He was HIV Positive,” Miss Lang’ata Prison Tells Her Story 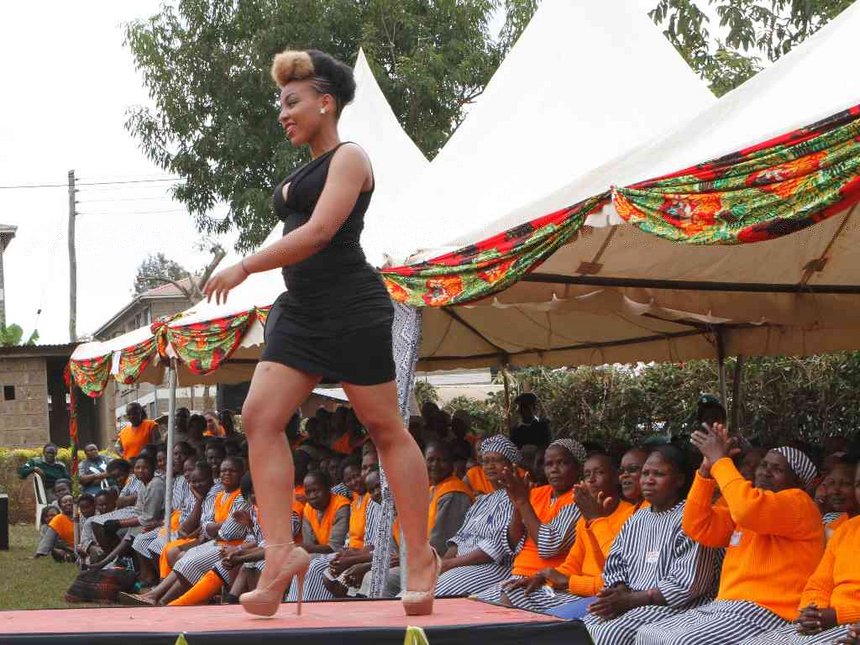 Ruth Kamande, the Lang’ata Women’s Prison inmate who is accused of stabbing her deceased boyfriend 22 times, on Tuesday argued her case before Justice Jessie Lessit.

Kamande, who caused a social media storm in 2016 after she was crowned Miss Lang’ata Prison, told the court that she stabbed Farid Mohammed on September 20, 2015, in self-defense.

The 24-Year-Old beauty told the court that Farid tried to kill her after she discovered he was HIV positive.

“Farid told me that he would rather kill me and himself than have his status exposed. l stabbed him severally using a kitchen knife, which fell on my chest from his hands after I overpowered him after putting my two thumbs in his eyes to save my life,” Kamande said.

She disclosed that she had a long argument with Farid that morning after she discovered a card for HIV treatment with his name under a mattress.

“Your honour, it pained me to know that the person who l loved and trusted so much was to ruin my life by infecting me with HIV and Aids,” Kamande said.

She narrated how Farid snatched the treatment card from her and attacked her from behind as she packed her clothes in the bedroom.

She said investigating officers who rushed her to Metropolitan Hospital and later KNH, where she was given post-exposure prophylaxis to prevent HIV infection – saved her.

According to Kamande, Farid insisted on having unprotected sex with her the night before the murder.

She said they had fits of rage a day before the incident and that the late boyfriend admitted that he had a love affair with two ladies namely Scholar and Esther who he had abandoned before engaging her.

“After demanding an explanation over the two love letters I found in his bedroom he became angry took the two letters and tore them into pieces trying to make me believe that the two letters meant nothing to him,” said Kamande.

Kamande said she stabbed Farid out of fear, “but tried to save him”. She also denied stabbing herself to cover up revealing that during the struggle with the deceased, he inflicted her with several injuries on her chest, stomach, fingers, hands, right thigh and abdomen before she overpowered him.

The accused told the court that after stabbing him severally she rushed to the kitchen to get some water to save his life after she realised that Farid was bleeding profusely. She added that she can’t remember how many times she stabbed the deceased since she was in a state of fear, panic, and shock to save her life.

It was reported that Ms Kamande had turned the murder weapon on herself, slightly injuring her abdomen before police arrived at the scene.

On December 13, 2017, the Judge put her on her defense, saying that the prosecution had proved beyond reasonable doubt that the accused stabbed Farid Mohammed, 24, twenty-two times with a kitchen knife.

During the hearing of the case, prosecution witness, Ndwiga Gatumo, a landlord said it was around 8.45 a.m as he was preparing to go to church when he heard a male voice crying out for help in Swahili saying; “nisaidie nasaidie amenidunga”( Help! Help! She has stabbed me.)”

“I rushed out of my room and proceeded to where the man was screaming for help and peeped through the window. I recognised the voice as that of my tenant,” said Gatumo.

PHOTOS – This is How Viral Street Lovebirds Are Enjoying Dream Holiday in Diani < Previous
The Hottest Stories on the Internet Today (Friday March 2) Next >
Recommended stories you may like: