A bizarre robbery attempt at politician Orie Rogo Manduli’s residence has been confirmed by the police.

Authorities on Tuesday said they were investigating the incident and looking for the suspected thugs.

The gang attempted to access the Karen home on Monday night but were detected by security dogs. The unknown number of thugs are then said to have poisoned the canines, killing them on the spot.

A guard on duty also heard the commotion and raised alarm before the thugs escaped on foot.

Nothing was stolen from the compound.

The outspoken politician is celebrated for being the first woman in Kenya to head an NGO. She is also the first black woman to compete in the world circuit Safari Rally.

The last time Manduli made headlines was last year during a Nasa rally when her famous head regalia fell off.

NASA’s Kalonzo Musyoka, Musalia Mudavadi, and former Nairobi Governor Evans Kidero couldn’t help themselves as they laughed off the incident.

However, NASA leader Raila Odinga came to her rescue as he picked up the headgear and handed it back to Manduli. 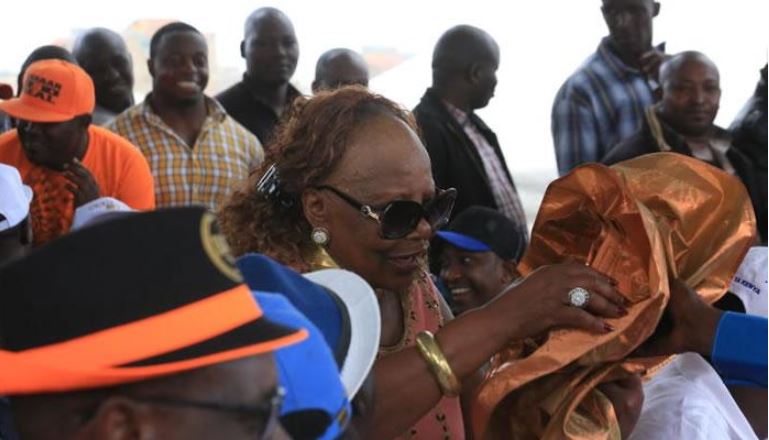