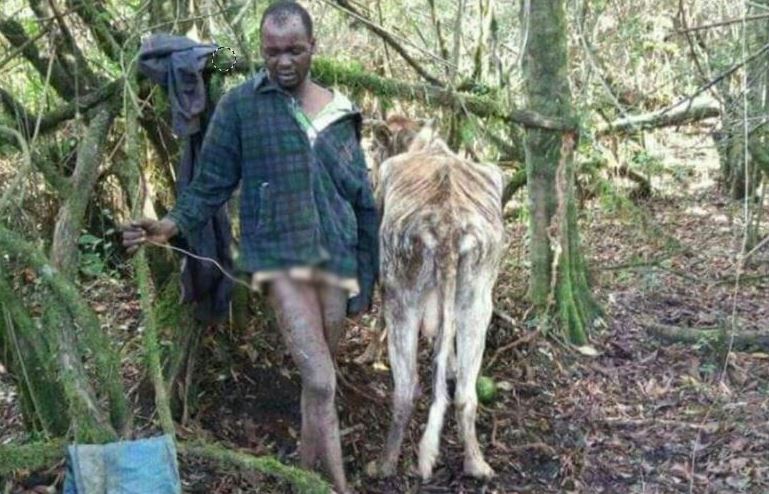 A man was on Sunday lynched by an angry mob in Baringo after he was found having an unnatural act with a cow.

Joseph Koech alias Mnandi, 25, was caught pants down at Tinet-Sawich village, Eldama-Ravine on Sunday morning. In his defence, Koech said he had been having sex with the cow because “most women have HIV”.

“Don’t kill me, let me surrender my piece of land to pay for the cow…I always have sex with the cow whenever I feel like because I fear girls might infect me with HIV,” Koech said before he was lynched.

Irate youth descended on him with blows, stones, and sticks, leaving him to fight for his life. He, however, succumbed to his injuries at Eldama-Ravine level four hospital, where he was admitted.

Area chief Edwin Ronoh said the man worked as a casual labourer for a local saw Miller at Sawich forest.

Ronoh said the family had been searching for their lost cow all morning in Sawich forest. He said the suspect had tied the cow’s horns and rear legs on a tree to restrict its movement.

“I rushed to the scene with two AP officers to rescue the victim and we rushed him to Eldama-Ravine hospital but unfortunately he died shortly later,” the chief said.

The chief, on Monday, warned locals to stop taking the law into their hands.

“You should either report to the village elders, nearest chief or police station so that action is taken,” he said.

Sonko Opens Direct Phone Line For Nairobians With Urgent Issues < Previous
Why Chipukeezy Has Been Forced To Turn Down Radio Maisha Job Next >
Recommended stories you may like: