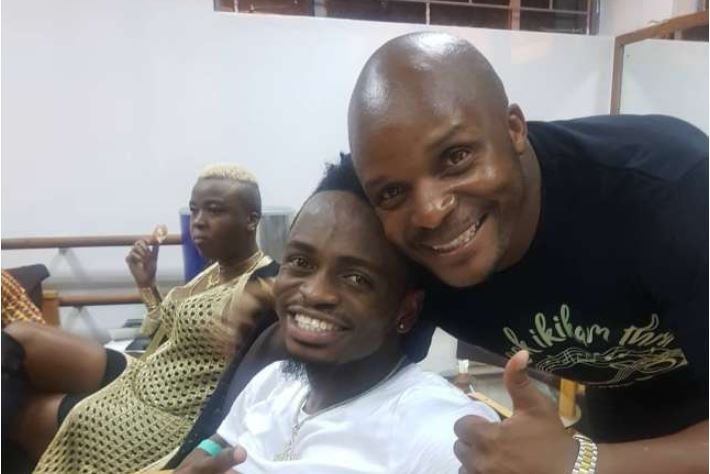 He is arguably one of the most hardworking entertainers in the Kenyan showbiz scene and subsequently one of the wealthiest. Phelix Odiwuor aka Jalang’o, who has had successful stints on TV and radio, has landed another lucrative job courtesy of Bongo star Diamond Platnumz.

The Hot96 radio presenter is now the official MC of Diamond Platnumz in Kenya.

An elated Jalango took to social media to break the good news to his followers, writing: “Always winning…..smile! Good to be working with you and being appointed Diamond Platinumz official Kenya Mc.” 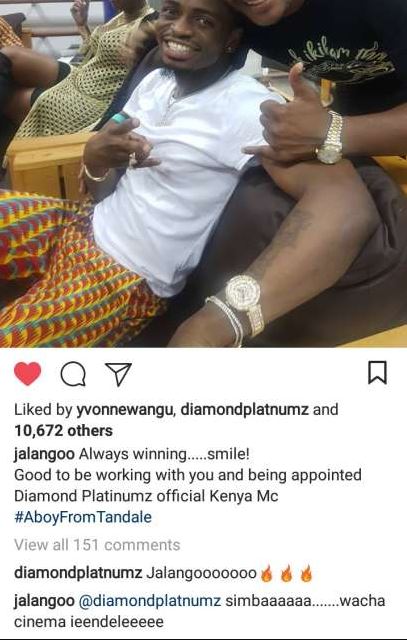 It appears Diamond was impressed with Jalang’o’s showing as host of his album launch “A Boy From Tandale” at the Kenya National Theatre.

“I have hosted a number of Wasafi shows in the country, including Diamond Platnumz’ recent official album launch at the Kenya National Theatre that I hosted with Maina Kageni. We’ve had a good working relationship for a long time and that is what led to this,” said Heavy J Baba, as he is most commonly known among his friends.

It’s safe to say Jalango has passed his interview and deservedly landed the job that will definitely add a couple of millions to his already overflowing bank accounts.

In addition to commanding a handsome salary from Royal Media Services, Jalango is an established businessman and one of the most sought-after corporate MCs in the country.

Congratulations are in order!!

Always a pleasure working with you guys. …[email protected] and @diamondplatnumz…Thanks you to Wasafi! Now you know Diamond official Kenya Mc is Heavy J Baba

PHOTO- Check Out Radio Presenter Njogu wa Njoroge’s Sleek Ride < Previous
Omarion Tried the “Odi Dance”…Here’s How That Went Down [VIDEO] Next >
Recommended stories you may like: