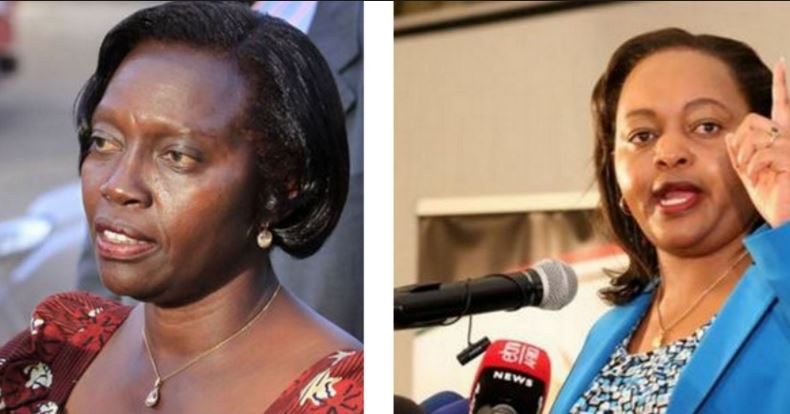 This is after the highest court in the land dismissed her case seeking to stop an appeal by the NARC Kenya leader.

Martha Karua moved to the Court of Appeal in December to challenge High Court’s decision to dismiss her petition against the sitting Governor.

She wanted the ruling by Lady Justice Lucy Gitari set aside, saying the judge was biased in the matter and applied double standards.

Earlier this month, the Narc Kenya leader got a reprieve after the Court of Appeal set aside the Kerugoya High Court ruling.

But hours later, Waiguru, through her lawyers said that she was dissatisfied with the outcome and filed a notice of appeal at the Supreme Court.

In the decision read by Chief Justice David Maraga on Wednesday, the Supreme Court ruled that it cannot stop the proceedings at Kerugoya High Court since presiding Judge Lucy Gitari is due to rule on an application challenging her jurisdiction to hear the case.

The Governor had argued that the six-month timeline set in the Constitution for hearing election cases had lapsed.

But the Supreme Court ruled that it would be unprocedural for it to interfere with the case.

The judges said that issue is core to the ruling set to be delivered by Judge Gitari on April 6.

The judges indicated that the High Court judge is competent to determine the issue of jurisdiction of her court to hear the matter, adding that it is unnecessary for the Supreme Court to be invited to make a verdict at this time.

“We Were Not Ready” Adelle Onyango Stepped Out in a Dress and Heels and Netizens Couldn’t Believe It < Previous
Jimmy Wanjigi Moves to Court Over NMG’s “Grotesque” Death Announcement Next >
Recommended stories you may like: