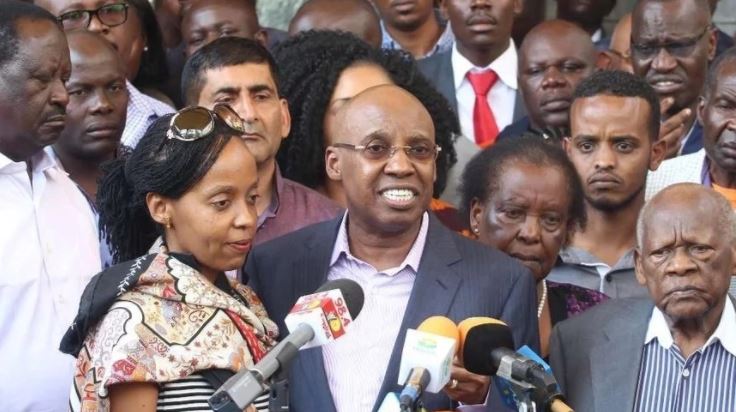 City tycoon Jimmy Wanjigi has finally lived up to his promise of taking legal action against the Nation Media Group over a fake obituary published in the Daily Nation on February 7, 2018.

The NASA Coalition bankroller and his wife Irene Nzisa on Tuesday, March 27, sued the media house in a joint case seeking compensation for violation of their fundamental rights and freedoms.

They are seeking an unspecified amount of money from Nation Media Group and also want the company barred from publishing matters touching on their family.

According to the suit papers, the petitioners allege that NMG had intended to use the obituary message to generate income from public interest.

“The death announcement was designed and borrowed from a tactic used by killer squads to torment, psychologically torture their targets, display their private information to members of criminal gangs across the globe with a view to further advance the criminal enterprise and whenever appropriate enhance a bounty,” the Wanjigis further claimed. 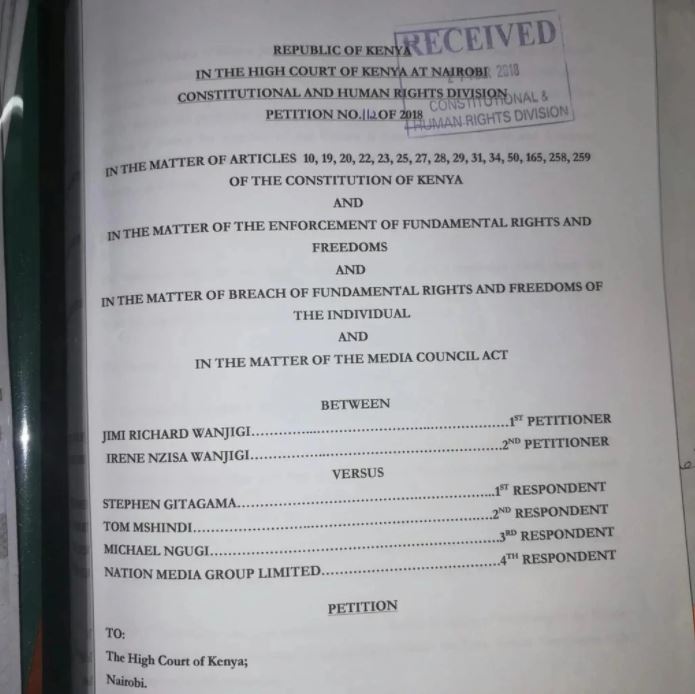 “The petitioners and their family members were subjected to psychological torture through the harrowing, calculated announcement of Mr Wanjigi’s death,” their lawyer Willis Otieno says in the court papers.

Following the publication of the announcement, NMG moved swiftly to issue an apology to Wanjigi and even published CCTV footage showing the man who allegedly booked the obituary.

Investigators suspect the ad was a carefully planned operation aimed at causing pain to the businessman’s family as well as embarrass NMG.

The matter is still under investigation.