Watch: When Kalonzo Sang ‘Coward of The County’ on Churchill Show [VIDEO] 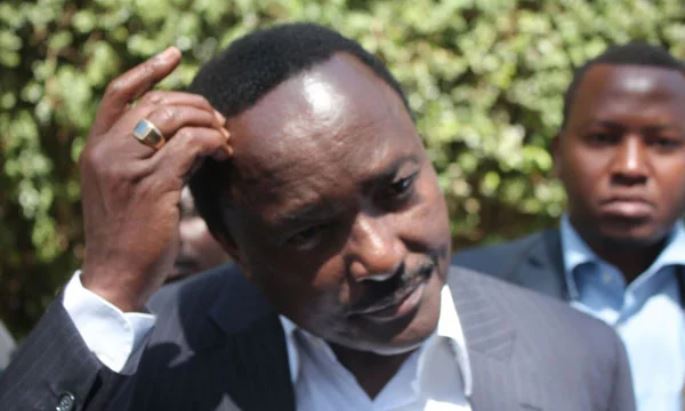 The Nasa co-principal was set to be sworn-in as the ‘People’s Vice President’ on Tuesday but in an intriguing turn of events, he was a no-show.

Defending themselves from the ensuing public backlash, the trio cited the withdrawal of their security detail as the reason they could not attend the underwhelming ceremony.

Whether they were indeed under house arrest as they claim, Kenyans online have not spared them, with a majority singing out Kalonzo Musyoka as a coward and traitor.

In the process, internet users have unearthed an old clip of Kalonzo singing the popular country song- Coward of The County by Kenny Rogers.

The clip was recorded during an episode of comedy show Churchill Live and it shows Kalonzo and his ‘rapper’ son Klein Kalonzo singing along to the song.

The clip makes for an interesting watch in the wake of Kalonzo’s alleged cowardice.

Miss Lang’ata Prison Set to Defend Herself in Court For Stabbing Boyfriend 22 Times < Previous
Hilarious Meme Compilation (Thursday February 1) Next >
Recommended stories you may like: