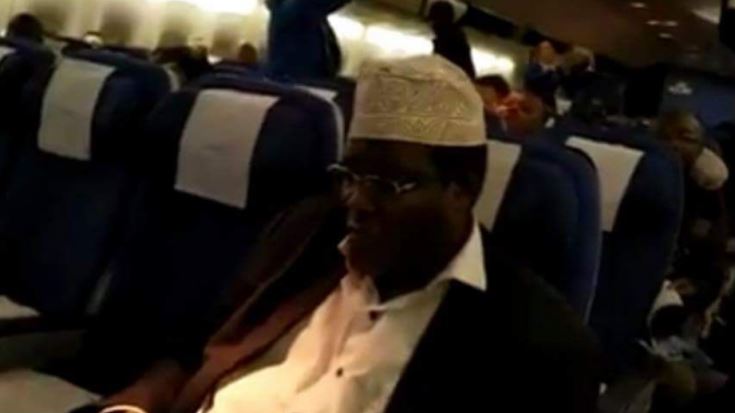 His lawyers Nelson Havi and Cliff Ombeta said he was forced on a KLM flight headed for Amsterdam then Canada at around 10 pm.

The government, through a Twitter handle run by the Presidency – @NexusKE- confirmed the alleged deportation, saying the Ministry of Interior has taken the action.

“Miguna is headed home. The court ordered he gets released and @InteriorKE obeyed the orders and even assisted him with a flight ticket home. Please note he renewed his Canadian Passport on 16th June 2017,” the tweet read. 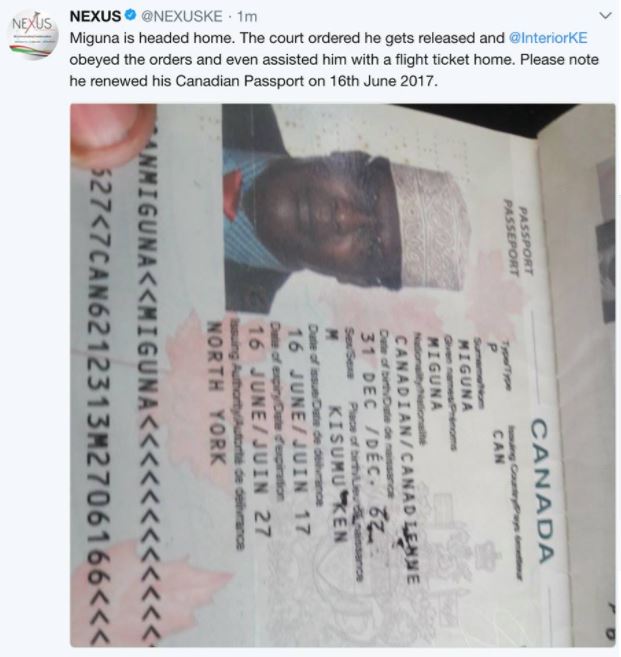 According to reports, when Miguna was arrested, the Canadian government had written to Kenya expressing concerns that their citizen was being harassed and they wanted him back.

At the time, Kenya had not passed the new constitution that allows for dual citizenship, meaning Miguna Miguna had to forfeit his Kenyan citizenship before becoming a Canadian.

We are not sure if Miguna Miguna applied to regain Kenyan citizenship following the promulgation as required by law, but he has a valid Kenyan identity number which he has used to conduct his functions as an adult citizen of Kenya, including paying taxes, gaining employment and vying for the Nairobi gubernatorial seat.

Miguna’s contentious dual citizenship appears to be the government’s main weapon as they can argue that ever since he ‘lost’ his citizenship by birth, he has never gained citizenship by registration and is no longer a Kenyan citizen. Thus, he is a persona non grata in Kenya.

Those same sentiments were shared by Gatundu South MP Moses Kuria exactly 8 years and 1 month ago.

In a letter dated 8th January 2010 and addressed to Raila Odinga, Moses Kuria, who was then the spokesman of PNU, said Miguna was breaking the law with his “irregular citizenship”. He urged Raila, who was the Prime Minister and partner in the Grand Coalition government, to release Miguna from his duties as his senior advisor on Coalition affairs.

“The matter of General Miguna Miguna’s citizenship woes was first brought to the fore exactly 8 years and 1 month ago. On the 8th of January 2010, I wrote to then Prime Minister and Grand Coalition partner Rt Hon Raila Amolo Odinga. You can find a copy of this letter in my book ‘Saying it as it is’ on pages 155 and 156. Did Raila listen? Asiyesikia la MKuu huvunjika MGUuuna,” Moses Kuria posted on Facebook.

Here are screengrabs of the said letter. 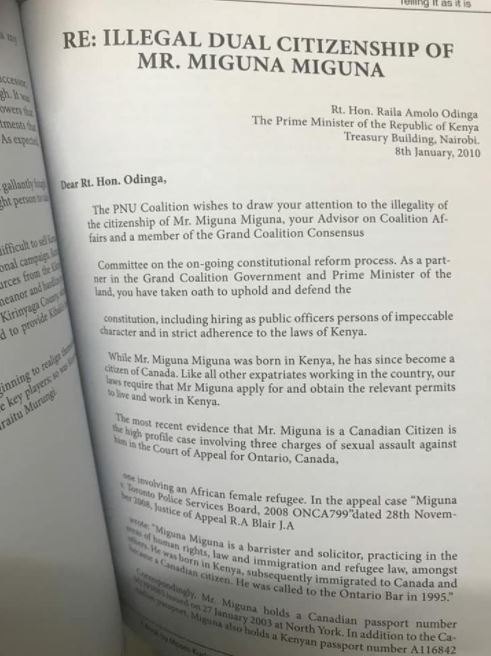 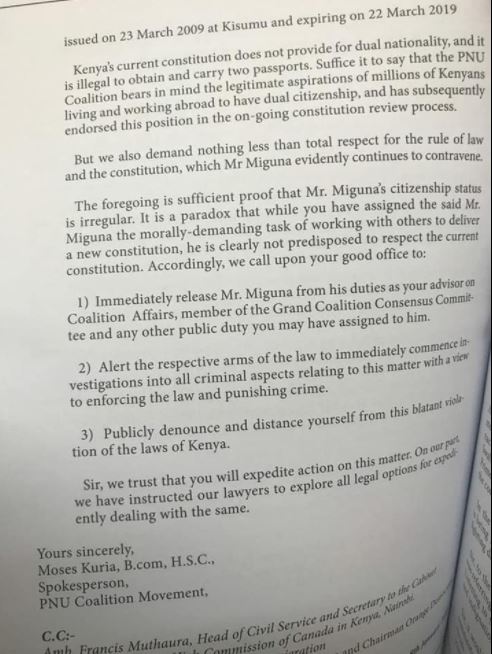