Why Nakumatt’s Landlords Are Not Interested in Rent Arrears 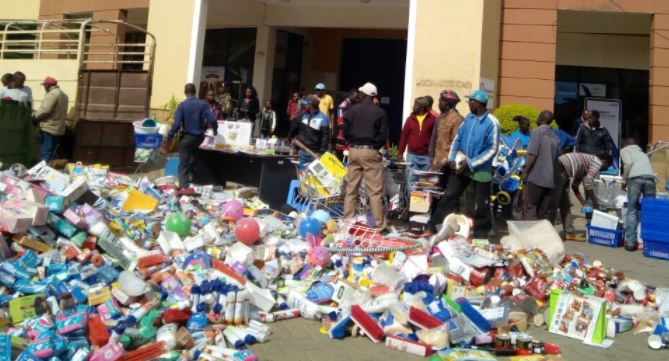 Things are so bad for embattled retailer Nakumatt that their landlords are no longer interested in rent arrears.

The landlords, through their lawyers, told the Court yesterday that they just want the firm out of their property. They told Justice Fred Ochieng that they are seeking an order to be allowed to repossess their premises, “as Nakumatt is unwilling to pay rent arrears”.

“We seek leave to repossess our premises — not rent arrears — because Nakumatt has failed to deal with fundamental issues. The landlords should not be used in the proposed merger or administration,” they said.

This comes after Nakumatt had made an application stating that there was an offer by Tuskys to pay rent for a period of three months beginning March and therefore should be allowed to continue operations.

“Without the premises, there is no business and no income generation to pay the arrears,” Nakumatt said, adding the business is viable.

But the landlords argued that the Tuskys merger was only to pay for the months going forward — not the arrears nor the months after May.

“We’re not certain that we will be paid our rent arrears. Tuskys may discontinue paying after the three months, as they have no single application on payment of the arrears,” they added.

The struggling supermarket chain will know next Friday whether it will be evicted from its countrywide premises.

Last week, the court heard the application for administration by Nakumatt and will deliver a ruling on January 22.

Lupita to Publish Children’s Book Inspired From Struggles With Dark Complexion < Previous
The Hottest Stories on the Internet Today (Monday January 22) Next >
Recommended stories you may like: