Read: Full Statement By Kabogo on the Results of the Kiambu Gubernatorial Race 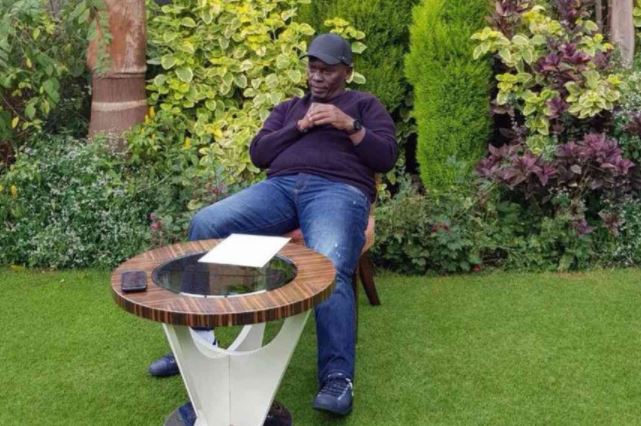 By Wednesday afternoon, Waititu had an unassailable lead of over 500,000 votes. Baba Yao floored the incumbent after garnering 736,336 votes against Kabogo’s 192,045 votes.

While accepting the defeat by Baba Yao, Kabogo said he had talked to Waititu and congratulated him.

Speaking to journalists at his home, Kabogo said: “My life has not stopped and I have no regrets whatsoever. Doing campaigns was one thing and running government another.”

“There is a lot to do…the future is bright. You live to fight another battle.”

In his official statement, Kabogo thanked the people of Kiambu for the opportunity to serve them and urged those who voted for him to support Waititu.

Read below his full statement: 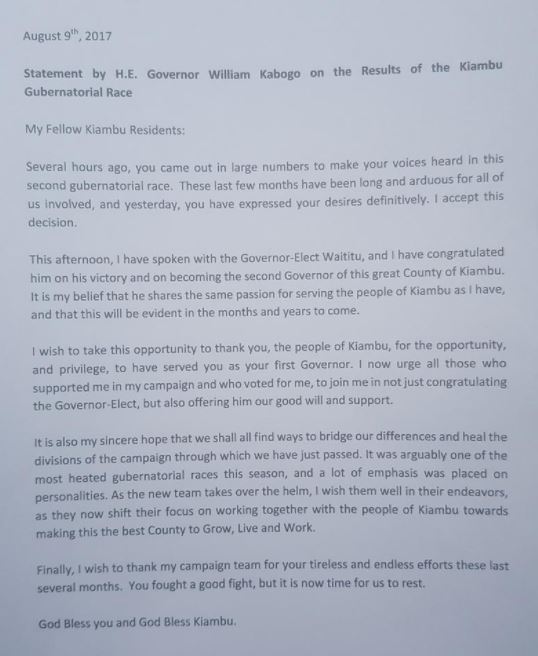 Patriotism on a New Level! Young Family Steps Out in Kenyan Colours to Vote (PHOTO) < Previous
Hilarious Meme Compilation (Thursday August 10) Next >
Recommended stories you may like: