Prezzo: I’m not Interested in Yola Anymore. I’m Much Better Since we Broke Up 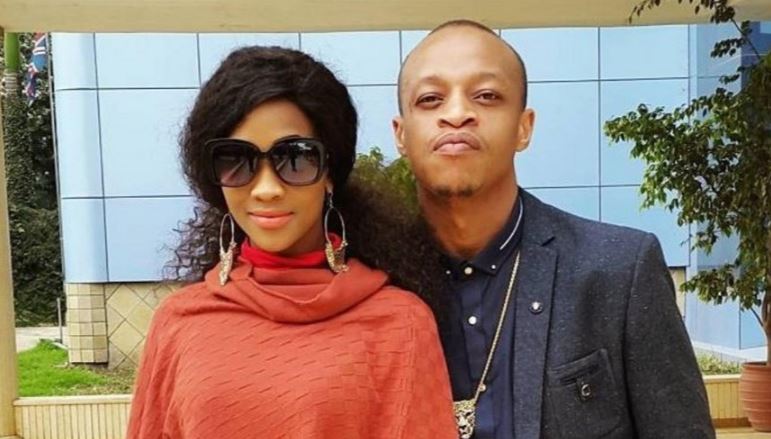 Nairobi’s first socialite couple of Prezzo and Michelle Yola are still embroiled in public drama and it needs to end already. We are getting tired.

Last week, Yola took to social media claiming Prezzo was bitter about the breakup and has been threatening to release her explicit pictures.

“If anything happens to me, just know it’s Prezzo who’s behind it, from threatening texts talking about releasing our explicit pictures and videos to stealing all my documents and on top of that, he even took my phone because I told him our relationship won’t work,” she wrote.

Prezzo hit back claiming Yola has been telling lies.

The rapper has spoken up once again claiming Yola is just ‘needy because he blocked her.’

“Michelle still has feelings for me. She is the one who has been blowing up my phone trying to reach out to me but I have ignored her.

The reason why she is mad is that I blocked her on my phone, WhatsApp, and all social media pages and she got mad. She wants to tarnish my name,” he said adding that, “We broke up over three months ago and she moved on with a white guy.

I wished her all the best. If I had sent Michelle threatening messages, she would not hesitate to post them on social media. I am not interested in her. In fact, I am doing much better after we broke up.

When we were in a relationship, I lost a lot of weight because I was stressed. She is also mad because people don’t care about her anymore,” he said.

Blast From the Past! Matonya Speaks Up on Music Comeback and Collabo with Khaligraph Jones < Previous
‘I Met My Wife Before I Left College’ Actor Abel Mutua on Campus Life Next >
Recommended stories you may like: