Prediction: Waititu Will Beat Kabogo Again, To Be Next Kiambu Governor 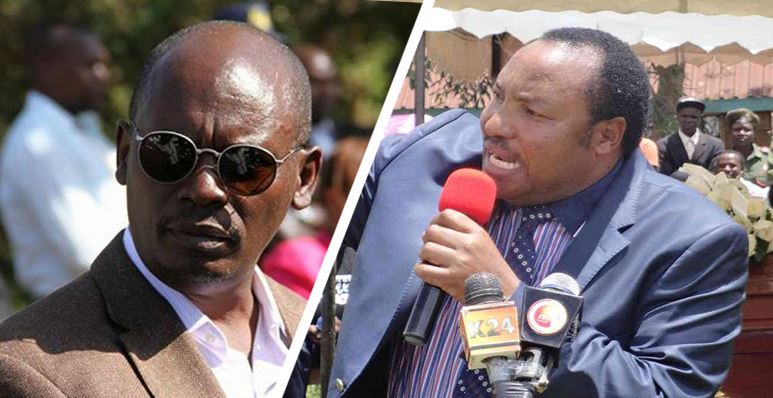 Only about 10% of the votes had been counted, and here was Kabogo telling us that Ferdinand Waititu would carry the day. Even this early, it was a foregone conclusion. Results streaming in showed a very clear trend; A widening gap between Baba Yao and the incumbent.

But this was not what was supposed to happen. According to polls, Kabogo should have bagged the Jubilee nomination. So what happened? Were the polls wrong?

I don’t think the polls were totally wrong. Its likely they sampled a huge block from those who don’t vote during nominations. Though this year’s nominations witnessed the largest turnout, only about 35% of Kiambu voters turned up. Perhaps for a more accurate poll, the pollsters should have specifically collected data from those who had intentions of voting.

Another reason the polls may not have been wrong at the time they were conducted, was the abrupt change in dynamics at the last minute.

Just a week or so before the exercise, Kabogo and Waititu had equal chances. Speaking to guys on the street gave you the sense that the nomination was too close to call.

And then things changed. Out of nowhere, allegations that Kabogo had insulted women surfaced and spread like forest fire. It became almost taboo to speak loudly that you supported Kabogo. Now, talk was how everyone should turn up and teach this arrogant man a lesson.

And turn out they did. It was said that it was not a vote for Waititu, but a vote against Kabogo.

When Kabogo threw his hat in the ring again as an independent, he made an about turn on how he conducted his campaigns. Initially, any event he attended was a display of power, might and financial muscle. However for the past few weeks, a humbled Kabogo has moved around with just a couple of cars. He has shunned large political gatherings especially after he became a pariah within the Jubilee party.

He now only addresses small gatherings in small towns and shopping centres, and then makes sure he is photographed talking to small traders, while the crowd is kept at bay to make a picture perfect scene.

Was this strategy good?

It was brilliant. Shaking off the ‘proud and arrogant’ tag was critical for him to have any chance of retaining his seat. Now people have been able to see him as a ‘reachable’ man who loves listening.

It was also important for him to announce that he has greater ambitions after he is done with being governor. He is using the same play book as Meru Governor Peter Munya, who is not a Jubilee person but has exalted himself higher than petty local politics to play in the national arena.

You can see how both Kabogo and Munya blame Deputy President William Ruto for their woes. I believe neither of them thinks Ruto has anything to do with their problems, but creating that impression raises their stature.

After the nominations, Kabogo has done everything right. But the question is, is it enough?

Kabogo is a political survivor and I’m not ruling him out completely, but in my view, I think Waititu will beat him once again.

It is hard for anyone to rub off the kind of allegations that were labelled against Kabogo. His change in campaign strategy afterwards might also backfire in some quarters, where it might be interpreted as pretense.

Lets face it. For a county the size of Kiambu, it is very difficult to see the impact of a county government, no matter who is governor. So I don’t think Kabogo’s commendable development will have a big impact next Tuesday.

In Waititu, what you see is what you get. He has presented a single image the entire campaign period, and that’s his strongest trait.

I think Kabogo has greatly narrowed the gap between him and Waititu, but in my opinion it’s not enough. He will still go home.

Final Opinion Polls: Ipsos Predicts 52% Round One Victory for Uhuru, Infotrak Disagrees < Previous
Projection: 5 Counties Raila Odinga Will Perform Better Than in 2013 Next >
Recommended stories you may like: