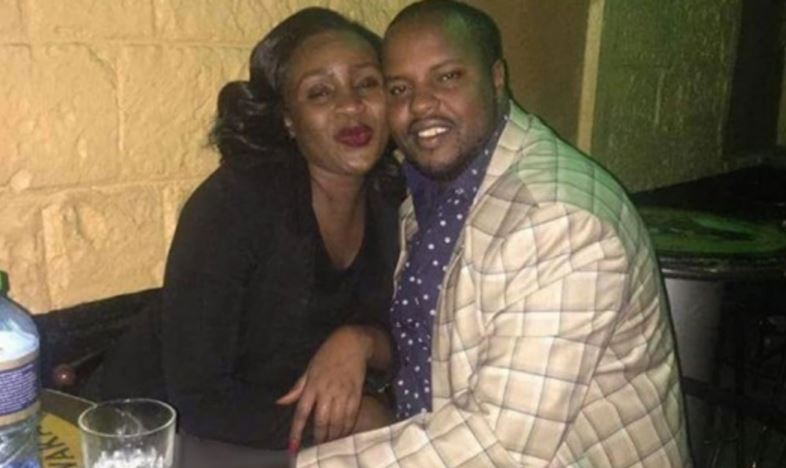 Dagoretti South parliamentary aspirant Edward Waithaka Wakaba has defended himself against allegations of being a serial womaniser.

This after ‘scandalous’ pictures emerged on social media showing him in the company of several different women.

In one of the pictures, the 31-year-old is seen cozying up next to an unidentified lady with his left hand burrowing in between her thighs. The pictures also saw him earn an appointment as the Chairman of the infamous Mafisi Sacco in a letter dated July 24 purporting to be from Mafisi Secretary General.

But speaking to the Nairobian,  ‘Honourable Wa Wa’ argued his case saying that he’s a ladies man and that he is the only man in a women-only Chama.

“When that picture started making rounds on social media, I was in Tanzania on a business trip but when I started receiving hundreds of calls, others from close friends abroad, including from even my wife, I had to cancel my trip to find out what was going on,” he told The Nairobian.

He explained that, “The woman is just a friend. I don’t know who is behind this, though such things are expected when one is eyeing a political seat or maybe they are my ex-girlfriends or just jealous people.”

Wawa, who came fourth during the Jubilee party primaries won by John Kiarie (KJ), said some of the women in the viral pictures are relatives.

“I’ve many women in my life, but it does not mean I sleep with them or something fishy must happen. Some women in the photos being circulated are my relatives and ex-girlfriends,” said Wawa.

“All women are beautifully and wonderfully made. Does it mean we should run away from them? Everyone has a past either dark or clean and just like a swimming pool, we don’t question who swam there before. That’s why we move on easily and say, ‘one man’s ex is another man’s treasure.”

He noted that women fall for his flashy lifestyle and “on daily basis, a woman must stop to compliment me on my looks or style. That makes me feel good and that is the secret to a long life.”

“For now, more than 1,000 young and beautiful women want a piece of me via friend requests. I don’t know their intentions yet, but as men, we must know how to treat women and respect them without forgetting our families.”

KTN’s Str8Up Host Chero: This is What I’m Always Up To on Sundays < Previous
Hilarious: Watch Herbal Doctor ‘Wabuthia’ Explain How ‘Miti Shamba’ Work (VIDEO) Next >
Recommended stories you may like: