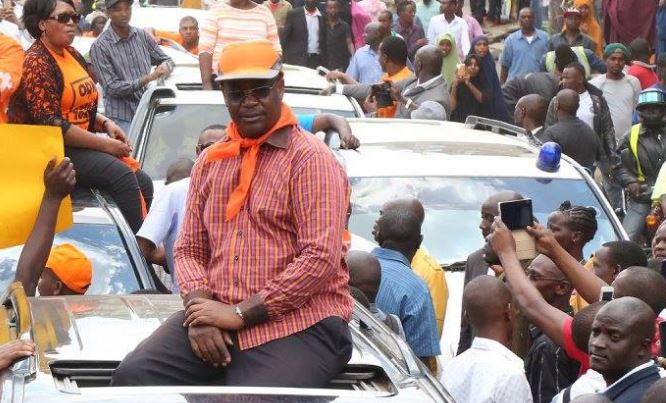 Former Nairobi County Governor Evans Kidero has reiterated that he did not lose to Mike Sonko.

Dr. Kidero has come out to address reports doing rounds on social media that he has conceded defeat to Sonko in the just-concluded General Election.

The claims have been made through a fake Facebook account in the name of Dr Kidero. The account released a statement indicating that he had conceded defeat and was ready to support Sonko as the governor-elect and urged those who voted for him to support Sonko.

Kidero’s communication team says: “The governor’s account is verified and at no time has he posted such a statement on his account.”

Kidero, while addressing the media after attending a service at ACK St Mark’s church in Westlands, said that they were putting together their analysis into the polls and thereafter would give the next course of action.

“Everybody knows what happened in Nairobi. This formula of 54 per cent and 43 per cent cannot be a coincidence. We are putting this together and once it is ready we will announce our course of action,” said Kidero.

Woman Asks Court to Allow Defilement Suspect to Marry her Daughter < Previous
Carol Ngumbu Buried in Gachie, Msando to be Laid to Rest this Weekend Next >
Recommended stories you may like: