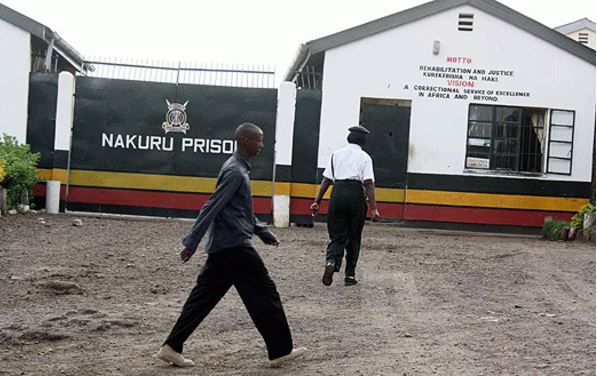 A convict serving time for attempted suicide was on Thursday charged before a Nakuru court with attempting to kill himself a second time.

Joseph Maina Ndungu, who is already serving a two year sentence, attempted to take his life for the second time behind bars.

He is charged with attempting to kill himself on January 16, 2017, by jumping from atop a communication mast at the Nakuru Main Prison.

Appearing before Chief Magistrate Josephat Kalo, Mr Maina denied the charges. He pleaded with the court to instead allow him to be taken to hospital because his health had deteriorated.

He was denied bond and cash bail on account of being a convict.

The Court did, however, order that he be taken to the Nakuru Level Five hospital for treatment and to be supplied with witness statements so as to prepare for his defence.

A hearing date will be fixed today.

Avril, ‘I Would Marry Khaligraph Jones Over King Kaka and Octopizzo’ < Previous
Teenage Girl Caught With Phone Used to Threaten Msando Detained for Seven Days Next >
Recommended stories you may like: