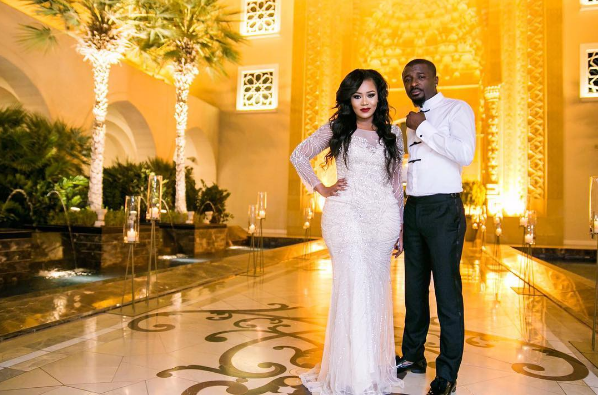 Vera Sidika and her Nigerian ex-boyfriend are still airing each other’s dirty linen in public after their nasty breakup.

A little over a month ago, Vera Sidika took to Instagram to share with her followers the drama involving her relationship with Yommy Johnson. This after the Nigerian allegedly leaked nude photos of her breasts on the interwebs.

According to Vera, her ex-lover has been keen on ruining her reputation after she ended their short-lived relationship.

A month later, Yommy Johnson has revealed his side of the story alleging that he dumped Vera after she aborted their baby.

“I met Vera for the first time in early September 2016. I contacted her about her services as an escort and she told me that she charges Sh500,000.  We spent five days together and later, we kept in touch.

She requested if I could host her birthday party in Dubai and I agreed. We decided to start dating and things were all good until last November when I bumped into her phone only to find out she was chatting with clients from Nigeria and negotiating prices for her services. She also had pictures of herself with a Kenyan politician,” Yommy told Heads Up. 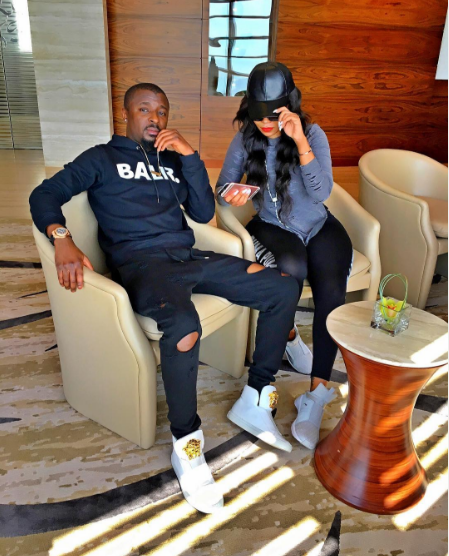 He said he confronted the socialite who denied the allegations, and since he loved her, he forgave her.
“Drama began in May when we had an argument and she went to Nigeria claiming she was going to abort my baby there.

I begged her not to do it, but she went ahead. I was angry and I cut off communication with her. I was shocked when she later claimed she had suffered a miscarriage and that I beat her up. I know my truth and I have never laid my hands on Vera,” said Yommy.

Responding to the allegations, Vera claimed Yommy was still obsessed with her.

“My ex is obsessed with me and that is why he has not moved on. I have not aborted any child. I have an implant for five years, so I cannot get pregnant.”

Vera also took to Snapchat over the weekend to put Yommy on blast, saying his seed is not worth her womb.

She further claimed that she found out he is a scam artist and that is why she dumped him.

“You struggle to live in Burj Khalifa so people can assume you are rich yet you are struggling. Then use “I live in Burj Khalifa” so that you can scam women because they already believe you are rich. You ask them for money so that you can refund. You claim you gave me 5k but sleep on a 30 dollar couch? Why are you lying. Did you tell them that you borrowed me money?” wrote Vera.

She added:  “This man is bitter because he couldn’t use me for fraud. He tried but I put him on blast and declined every damn thing he said.”

‘Enjoy Life While You Can.’ Ezekiel Mutua Reflects After Close Shave with Death < Previous
PHOTOS – Real Housewives of Atlanta star Shamea Morton Weds Kenyan Businessman Next >
Recommended stories you may like: