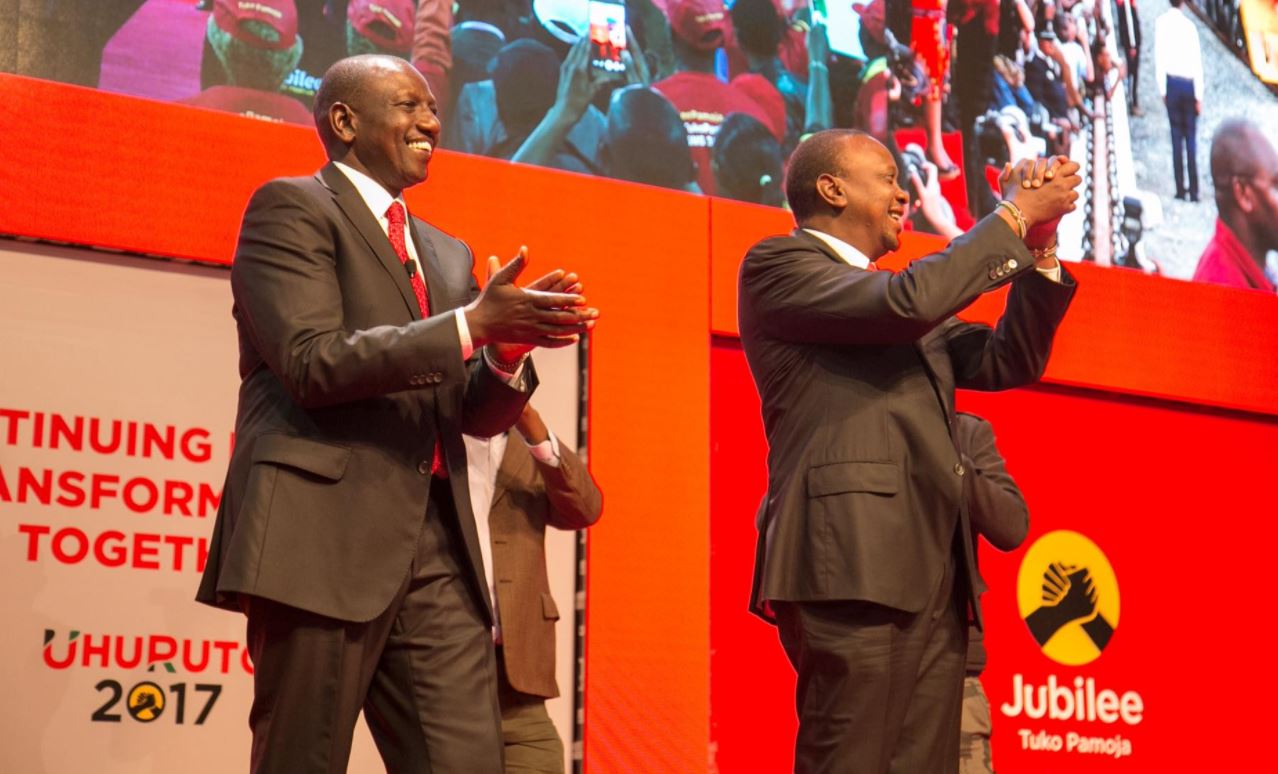 Though a section of Kenyans still hope that President Uhuru will pull a ‘2013’ and attend the presidential debate at the last minute, it is now becoming clear that he will be a no show.

His deputy William Ruto has already skipped the running mate debate, and State House has announced that Uhuru also plans to do the same on Monday next week. But perhaps they have realized the valuable airtime they will miss, and intend to compensate.

A report by the Star indicates that Uhuru and Ruto will hold a live town hall meeting, mirrored on what happens in the US. The planning for this is still in the early stages and only a few individuals in Uhuru’s campaign know the details. The date and venue are yet to be confirmed.

“The President is not interested in a competition of words with his competitors. He wants to answer questions directly like he did at the Jubilee Party manifesto launch,” a Jubilee party source is quoted.

According to the report, Jubilee will pay for 3 hours of airtime, possibly prime time, on multiple stations for maximum reach.

“Other than the questions from the audience, the two Jubilee chiefs will also take questions to be sent through an SMS platforms and others sent via social media platforms,” another source within the Presidency said.

Jubilee is the better financed party and would have no problem paying for airtime. Nasa on the other hand has demonstrated difficulties paying for coverage, case in point the manifesto launch when only Citizen TV aired it live, despite all other stations setting up equipment outside. KBC showed the event less than half way before reverting to normal broadcasting.

If indeed there is a cash crunch in Nasa, perhaps it would be wise for Raila to take advantage of the free airtime from all stations on debate night, and take questions alone.

We’ll be keenly following these events as they develop.

‘If You Want to Be My Minister, I Will Give You a Job Later.’ Uhuru to Raila < Previous
Dennis Itumbi Delivers Hilarious Comeback After Miguna’s Diss on TV Next >
Recommended stories you may like: