Kenya is a renown drinking nation and that reputation appeared to remain intact yesterday when the Head of State quenched his thirst while on the campaign trail.

While on the tour of Kisumu, Uhuru Kenyatta presided over the ground-breaking for a new state-of-the-art brewery that East Africa Breweries Limited (EABL) is setting up in Kisumu.

The plant is being set up at a cost of Sh15 Billion and will start operations in two years. It is expected to create more than 1,500 jobs for the locals and provide a ready market for more than 22,000 sorghum and cassava farmers from the Nyanza counties of Kisumu, Homa Bay, Siaya and Migori.

After inspecting the plant, Uhuru, as expected, hit the counter and was offered a sip of Senator Keg by the bartender. Shock on her.

Uhuru, a renown lover of the brown bottle, reportedly ordered for a full mug instead.

He is quoted as saying, ‘Hiyo ni kidogo sana, ongeza,’ amidst laughter from those who attended the fete. 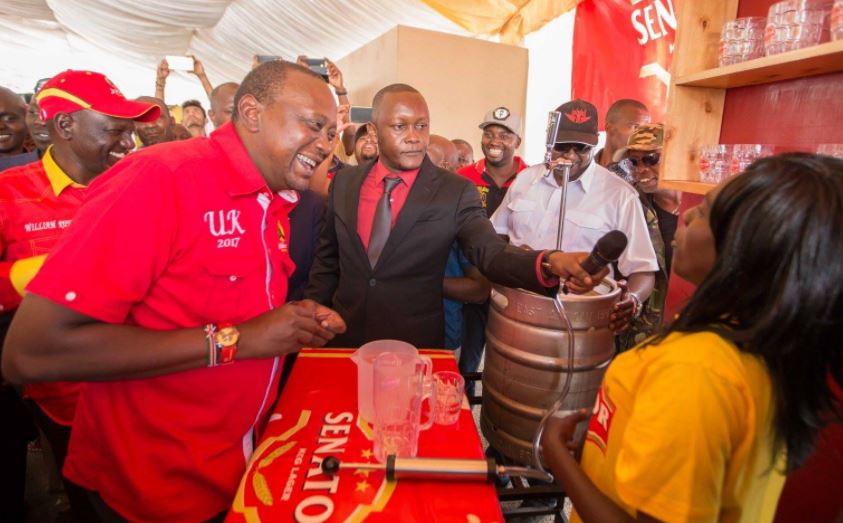 He was granted his wish and after parting with a few thousand shillings, he wasted no time in imbibing the cheap liquor aimed at solving the illicit brew menace.

The moment was caught on camera and the photos shared on social media. 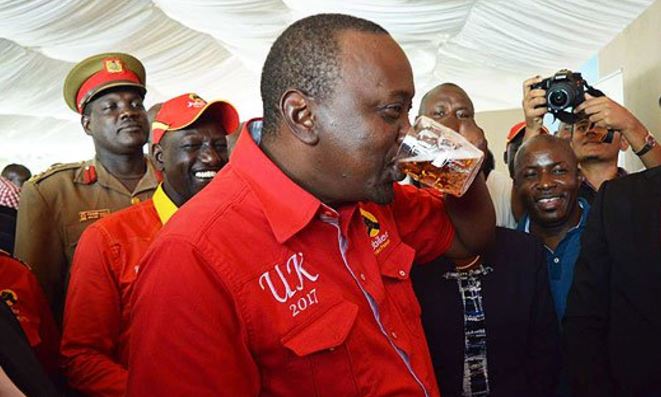 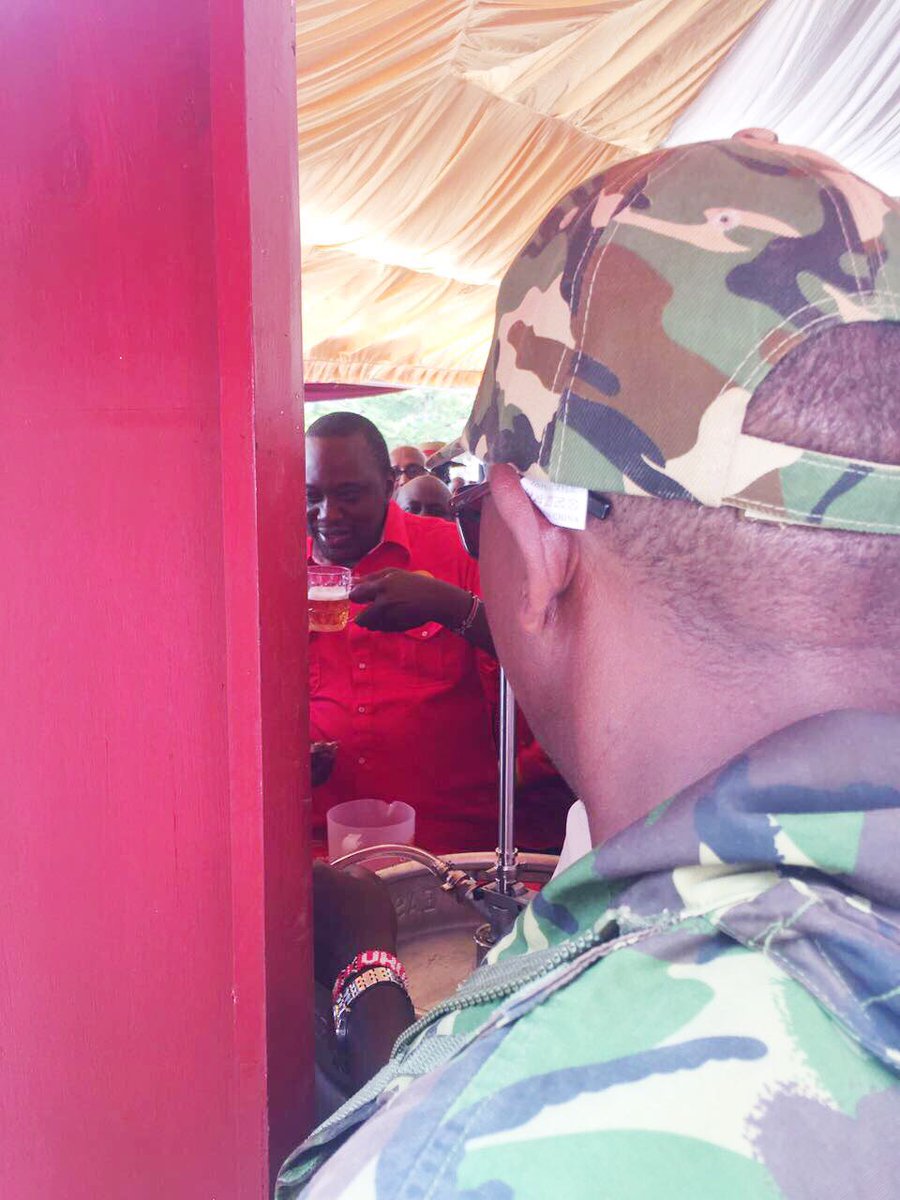 As expected, it has been a topic of discussion among netizens and has elicited varied reactions from Kenyans.

We have sampled some below:

The Images Trending in Nairobi This Thursday < Previous
Duale: Raila is the Biggest Conman and Coup Plotter Who Never Fought for Freedom Next >
Recommended stories you may like: