OMG! Nyeri Businessman Uses Cockerel Given by Witchdoctor to Guard his Bar (PHOTOS) 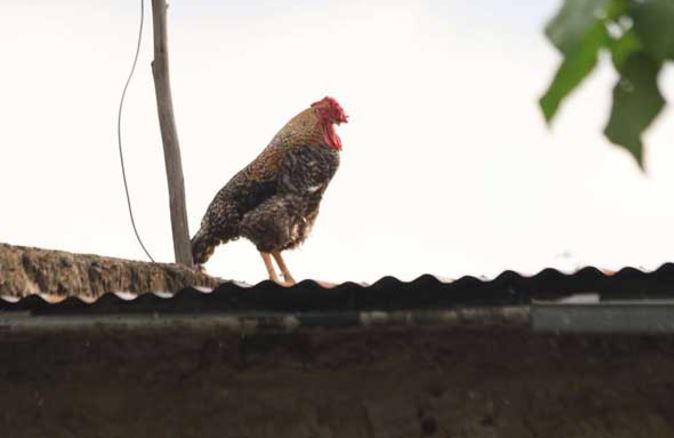 Residents of Mathira in Nyeri County have been left stunned with the bizarre sighting of a cockerel whose job is to guard a business premises.

This is after a bar owner in the area sought the services of a witchdoctor to help flush out thieves who have been stealing from his business.

His bar in Mathira Constituency has been broken into several times and property of unknown value stolen. He is said to have lost faith in the police and resorted to a witchdoctor based in Meru.

The witch doctor gave him a cockerel which has been perched atop his bar since Saturday, 8th July.

According to residents, the cock has been circling the roof in a clockwise direction and it does not eat. 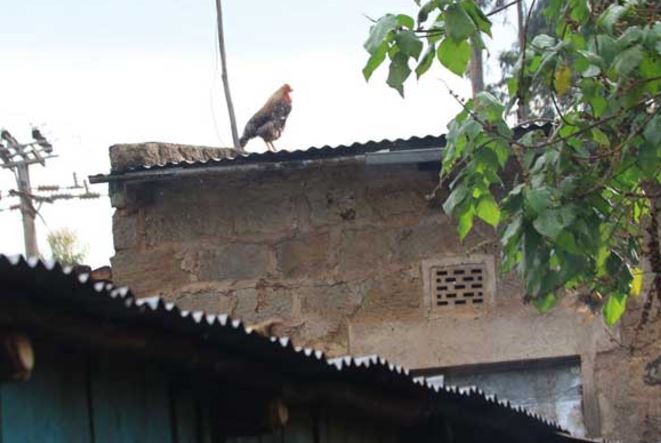 The thieves are expected to be identified in seven days and have been warned of dire consequences should they fail to return the loot.

According to the bar owner, once the cockerel dies the thieves would suffer the same fate.

“Once this cockerel dies, a lot of people will lose their lives. Let them be warned,” he said.

The pub’s rear door is boldly written in capital letters “Never joke with my work.”

Residents are now eagerly waiting for Sunday to find out if the thieves will have surrendered. 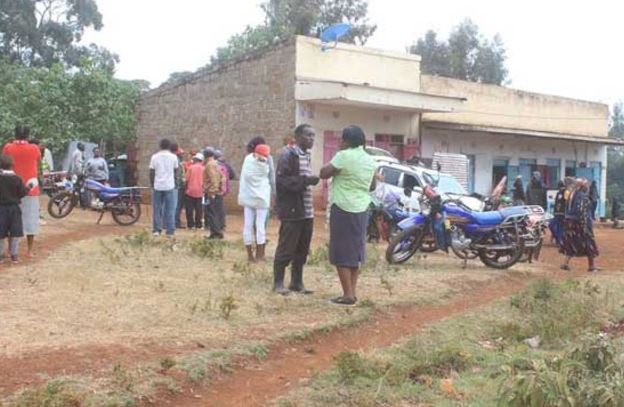 Chaos in Thika as Raila’s Motorcade is Pelted with Stones by Rowdy Youth (VIDEO) < Previous
Hilarious Meme Compilation (Friday July 14) Next >
Recommended stories you may like: