‘I Need a Boy in that House.’ Why Nameless Badly Wants to Have a Son 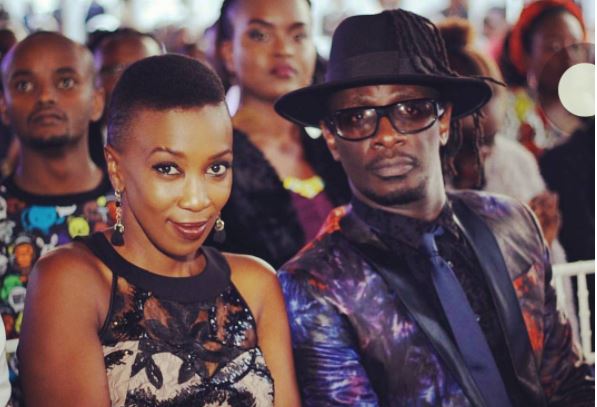 Nameless and Wahu are currently the ‘it’ couple in the Kenyan showbiz scene after their viral dance video earlier this week.

The power couple is close to marking their 12th wedding anniversary this September. During that time, they have been blessed with two adorable daughters -Tumiso and Nyakio who turn 11 and 4 respectively next month.

In a recent interview with Word Is, Nameless revealed that there is always the possibility of adding a new member to the lovely family if there was a guarantee it would be a boy.

Explaining why he badly wants to have a son, Nameless said: “I need a boy in that house, unajua, unakuwa overpowered! So I’m like, ‘I want another one as long as long as kuna guarantee, ubaya hakuna guarantee. Ama kuna guarantee na sijui. Me natafuta all guarantees in formular, hapo naweza jaribu.”

VIDEO: This Choir Cover of Collo’s ‘Bazokizo’ will Crack you Up < Previous
KCPE Candidate Takes Own Life in Parent’s Farm in Marakwet Next >
Recommended stories you may like: