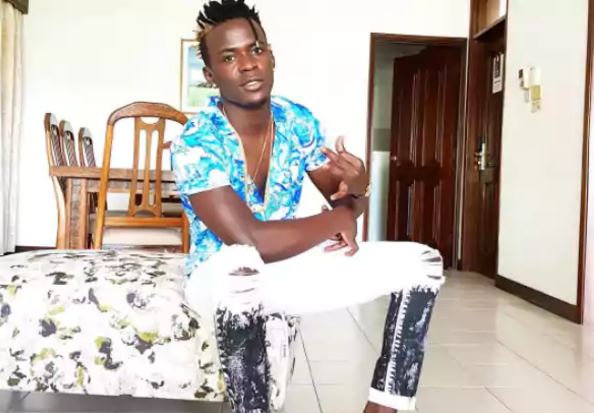 No sooner had Willy Paul taken to social media to brag than it soon became a hilarious social media challenge.

The ‘gospel’ singer courted controversy once more recently when he announced on social media that he had bought his mother a new  Samsung S8.

What followed was an uproar from Kenyan netizens forcing the singer to take down the post.

Now, the ‘WillyPaulSamsungChallenge’ is the order of the day as netizens continue to share their hilarious photos boasting.

??RELAXING AT HOME AFTER BUYING MY MUM 10 ROLLS OF TISSUE. GOD KEEP BLESSING ME AND MY FAMILY.#WILLYPaulSamsungCHALLENGE @mwendemacharia1 pic.twitter.com/oUStxCjVvX

Willy Paul RelaXing at home after buying a sack of maize for her mom. Blessings from JAH! #WillyPaulSamsungChallenge ?????? #NoChillspot pic.twitter.com/s8VuGOvSdI

Relaxing at home after buying my mum credit worth Kshs. 300. I’m proud of myself. You can call me Mc Rex Kenya. Hehehe #WillyPaulChallenge pic.twitter.com/U6AAwZ17L2

VIDEO: Have a Look Inside Diamond Platnumz’ Swanky New Apartment in Nairobi < Previous
Sonko and Sakaja Team Up to Help Critically Injured AFC Leopards Fan Next >
Recommended stories you may like: