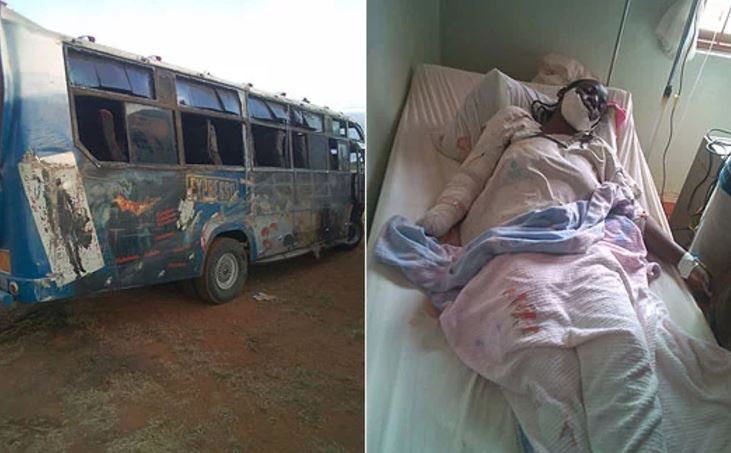 Nairobi’s Jubilee gubernatorial and senatorial candidates Mike Sonko and Sakaja have come to the aid of an AFC Leopards fan who suffered life threatening injuries in a recent accident.

The football fan only identified as Rose was among dozens of others affiliated with the Amani Woodley branch who were traveling to Mombasa for last Saturday’s league match against Bandari.

Unfortunately, the bus they were traveling in rolled several times at around Mtito Andei, causing severe injuries to Rose.

According to medics, she could have her right hand amputated.

The Nairobi Senator, known for his philanthropic ways, has since commissioned his fleet of Sonko Rescue Team medical vans to Mtito Andei to bring Rose to Nairobi for specialized treatment.

This is according to a club official who sought anonymity.

“Sonko has commissioned his fleet of medical vans to Mtito Andei to bring Rose to Nairobi for specialised treatment. He will facilitate everything.

“Sakaja has offered sh50,000. We are really thankful to these two generous politicians.”