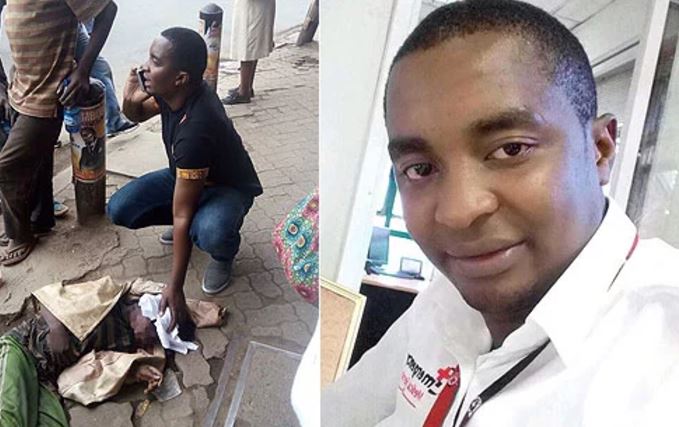 A man who came to the rescue of an injured street child in Nairobi is the darling of Kenyan social media.

Kevin ‘Kelly’ Kisuza was snapped attending to the young boy and the photos shared on social media platforms.

Speaking to NairobiNews, Kevin said he was crossing Moi Avenue while coming from the side of the August 7th memorial park when he saw the boy fall.

“I rushed to the pavement and found that he had sustained a cut on his forehead after falling down and hitting a rock,” recalled Kevin. 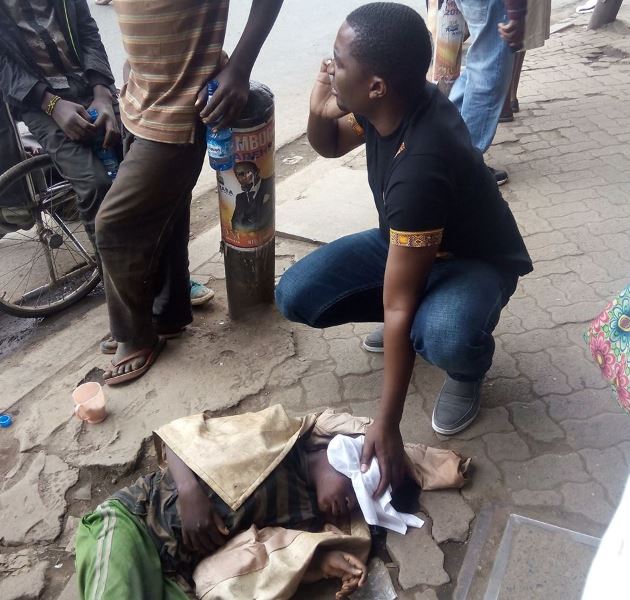 He immediately called the ambulance crew who rushed the boy to the hospital.

“The crew took the boy to Kenyatta National Hospital where I can confirm that he was treated and discharged as per my follow up this morning(Monday),” he said.

The 27-Year-Old noted that the boy looked hungry and dehydrated which he suspects could have led to him collapsing.

He added that the incident was not an isolated case as he has on several occasions attended to victims.

“I have on several occasions asked the driver to pull over so that I can attend to victims and I only leave the scene after I ensure they are in safe hands even if it means having to catch another bus home,” he said. 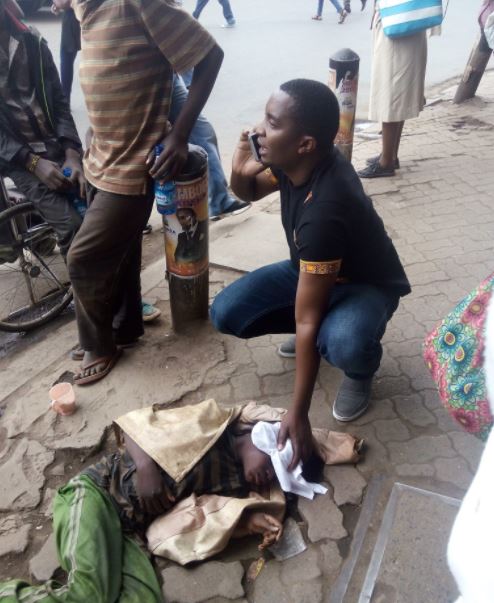 He said a grisly road accident he was involved in in 2008 prompted him to take up a career as a medic.

“I was in a grisly road accident back in 2008 at Migori and it was my experience then that prompted me to make this my career. We were handed by untrained passersby who could not know how well to ensure our safety. I had sustained serious injuries and broke by limb and it was after recovering that I decided to become a medic and help people.

“I am working on a project that will equip boda boda operators and even common wananchi with the basics to ensure they can save lives in such cases as they wait for our services. These are usually first on the scene and it is important that they know the basics so as not to make injuries worse as they wait for professionals,” said Kevin.

Kevin, who has worked for the Redcross for four years, advises that every Kenyan memorizes the society’s emergency numbers, 0700395395, 0738395395 in case of an emergency.

Sonko’s Bodyguards Linked to the Shooting of Two People in Embakasi < Previous
Hilarious Meme Compilation (Tuesday July 18) Next >
Recommended stories you may like: