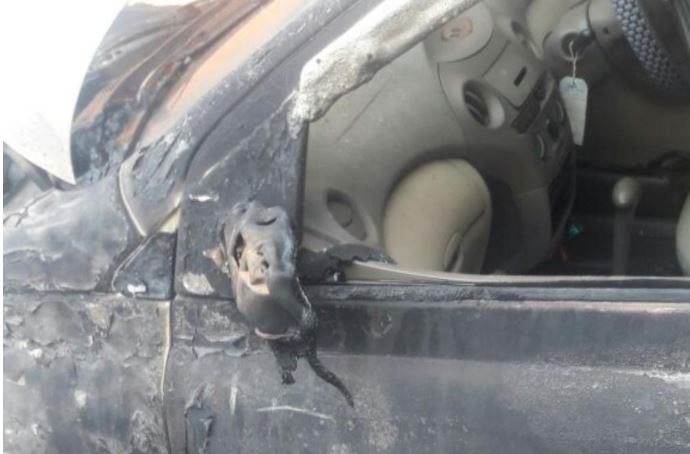 An advisor to Siaya County Governor Cornel Rasanga escaped death by a whisker on Monday after he was attacked by unknown assailants.

The assailants, unknown in number, invaded Ochieng’ Mawere’s home in Bondo and petrol bombed his house and car at around 3 am.

According to the Star, Mawere, who was woken up by the loud bang, said the thugs locked all houses in the compound before they blew up the petrol bomb.

“I peeped through the window and saw a huge fire at my packing lot. I tried to open the doors but they were locked from outside.”

He said he was rescued by neighbours who broke the locked doors before police could arrive at the scene.

“I suspect the attack was politically instigated. On several occasions, I have received threats to stop campaigning for Rasanga.

Mawere said the gang did not steal anything in the compound.

Confirming the incident, Bondo OCPD Paul Kiarie said they will arrest the suspects in a week.

“We have taken some of the samples from the scene for fingerprint identification. In not less than a week, the culprits will be in custody,” said the police boss.

Height of Insecurity! Kenyan Rugby in Mourning Again After Murder of KCB Player in Kasarani < Previous
NASA Hao! We Tricked Jubilee and Uhuru into Missing Presidential Debate, Kalonzo Claims Next >
Recommended stories you may like: