It was supposed to be the most anticipated live event in Kenya this year – the 2017 Presidential Debate. 2 of them were to be staged, with the first happening this coming Monday (July 10) at Catholic University of Eastern Africa.

However, plans were thrown into disarray yesterday after both Jubilee and NASA announced that their respective presidential candidates would not be attending. Jubilee was first to make the announcement, stating that they were not consulted in the planning and scheduling of the event. “We are not even aware of the rules of engagement. So let them do it without him,” Jubilee Vice Chairman David Murathe said.

Nasa quickly followed suit, saying that Raila would also not be attending the debate in its current format. They however left the window open urging President Uhuru ”to be open to debating Raila on issues affecting Kenyans in the present circumstances.”

Organizers of the debate have announced two debates on the same day. The first is reserved for candidates polling above 5% nationally, and another for everyone else. They will commission an opinion poll one week before the debate (this week). This format has however been opposed by the other candidates, particularly Abduba Dida who has filed a case demanding the cancellation of the debate if all candidates will not be included on the same stage.

Debate Media Limited, the company organizing the debates, is fighting back the discrimination suit, saying that compared to the US where candidates must poll 15%, they are in fact very lenient. The ruling is expected on Friday.

Judging by Uhuru and Raila’s statements, it is almost guaranteed that they will not show up if any other candidate is included.

Abduba Dida has come under attack from Kenyans for ‘doing nothing’ for 5 years, sitting pretty during campaign season, and only waiting for the debate to throw a few jokes and one liners. In 2013, that strategy worked quite well. The results saw him finish in position 5 defeating even Martha Karua.

Despite this turn of events, Debate Media Limited has announced that the debate will still go on as planned. In a statement yesterday, they denied the claims that they have not been consulting presidential candidates, saying they were well informed even before the announcement was made in May. They however said that they will be reaching out to the two campaign teams for clarifications. Here’s their statement signed by Wachira Waruru. 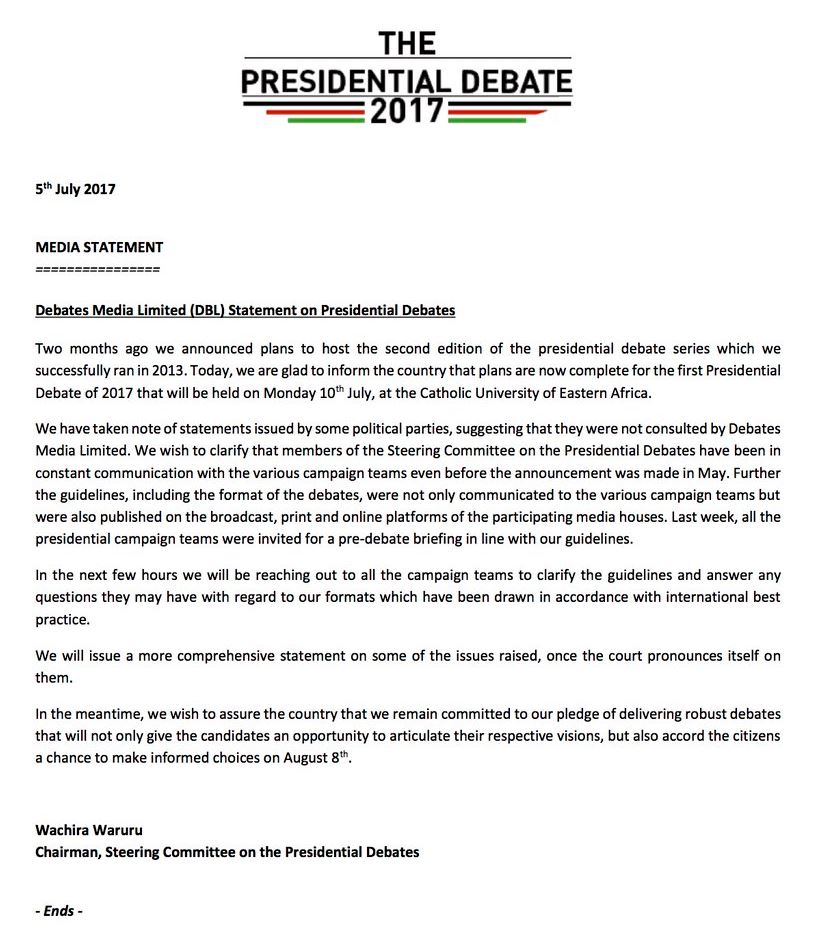 There is still a likelihood that both Uhuru and Raila will show up. In 2013, Uhuru said the same thing but still made an appearance.

According to court documents, Debate Media lists financial loses as part of the reasons the court should allow the debate to continue as planned. According to them, they stand to lose Sh200 million in advertising revenue. This is on top of Sh100 million that has gone into the planning, including hiring the venue, and constructing the stage and podiums.

So, how does a Sh100 million stage look like? Here are the first pictures from CUEA. 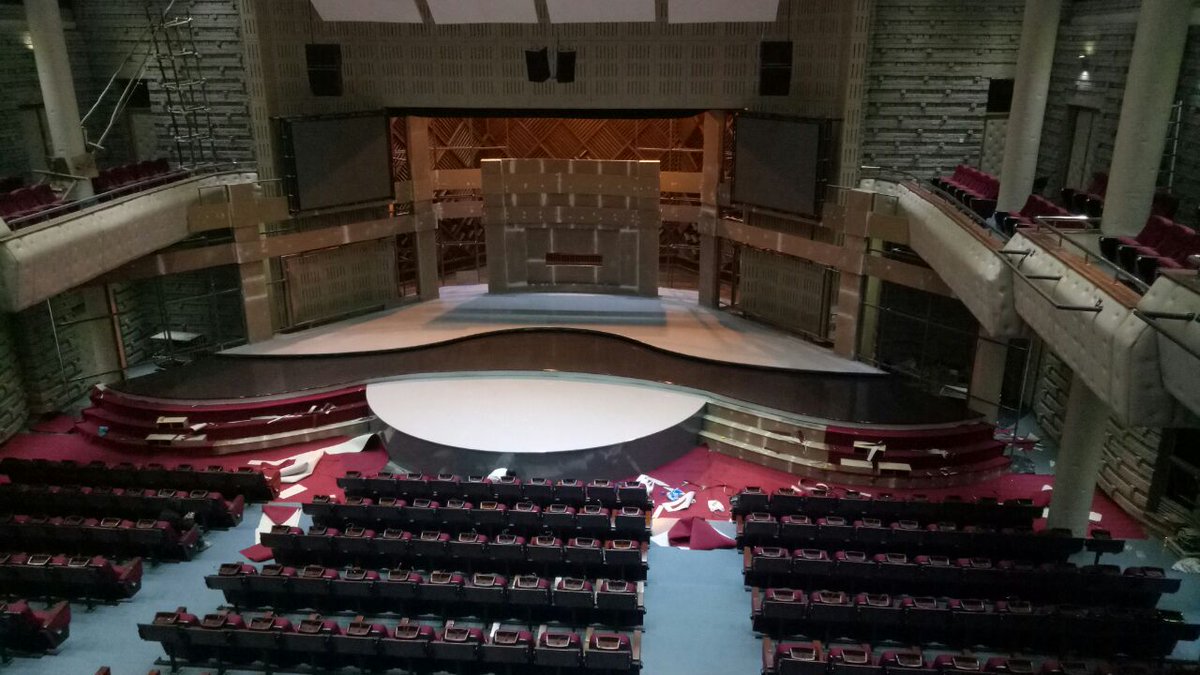 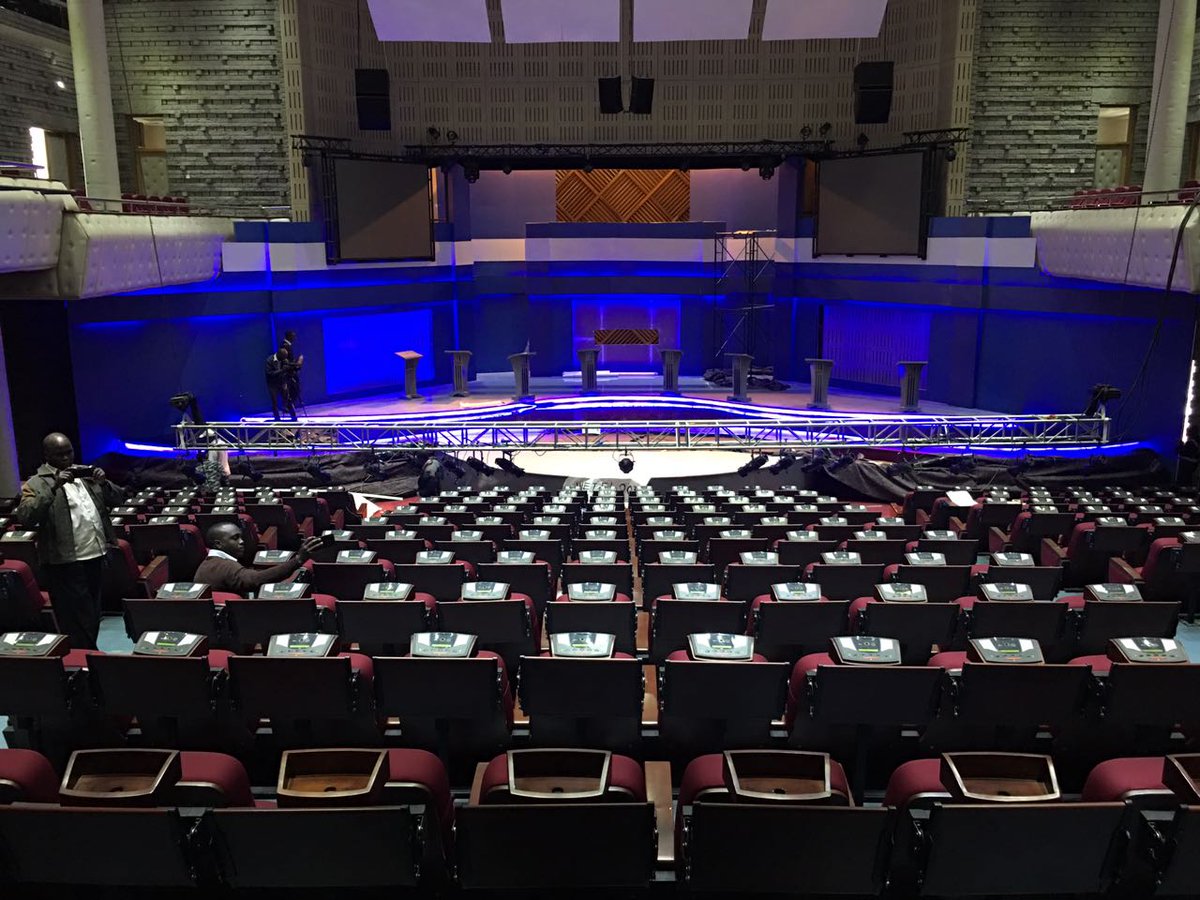 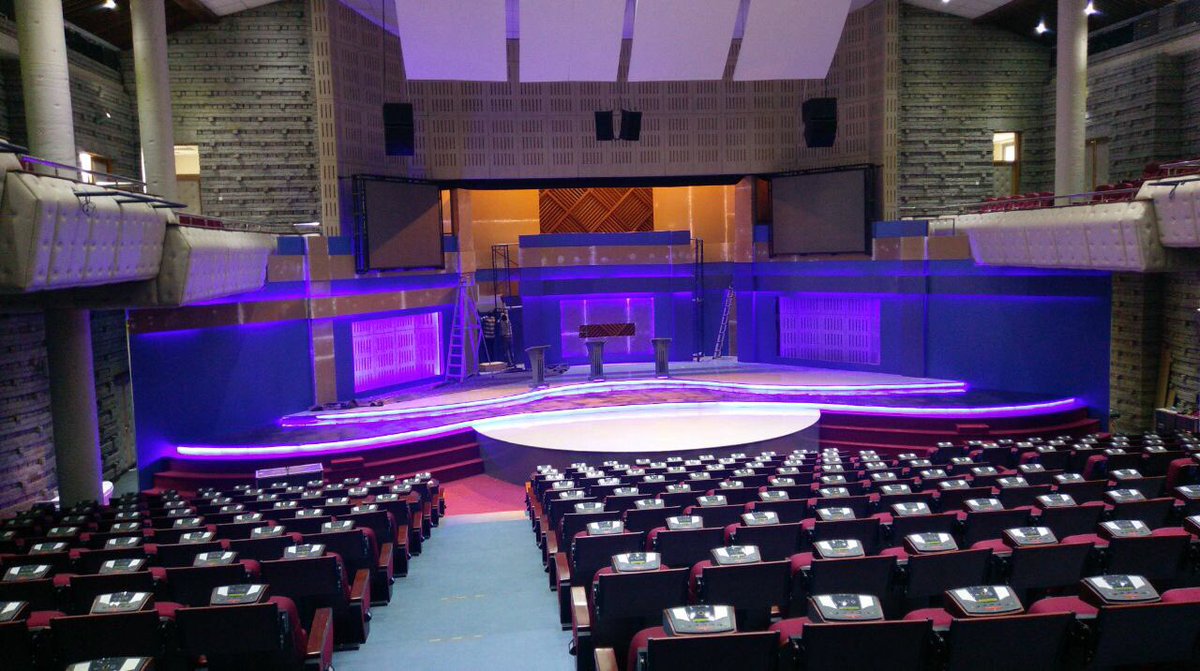 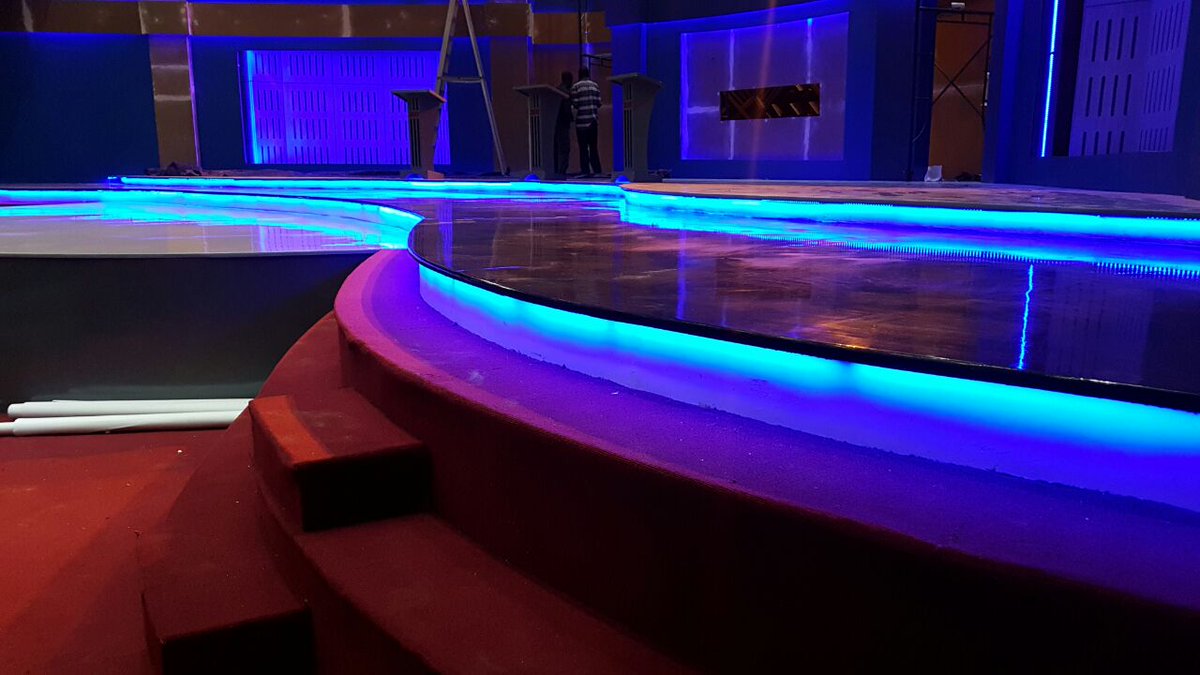 23-Year-Old Kenyan Shot Dead by U.S Police, Drugs and Weapons Recovered < Previous
The Hottest Stories on the Internet Today (Friday July 7) Next >
Recommended stories you may like: