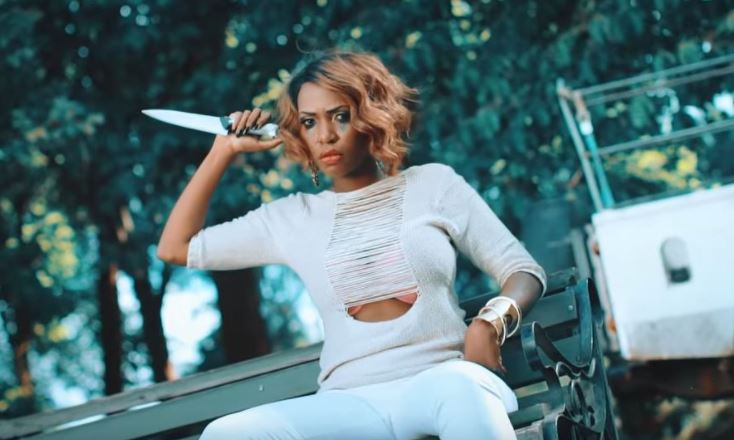 The hitmaker, who is in Kenya for Coke Studio Africa 5, made the claims in an interview with Insyder, noting that Sauti Sol is the only music act to make a name for itself outside the Kenyan borders.

Asked to mention top three Kenyan artists, Bebe Cool respo0nded: “To tell the truth there is Sauti Sol. I would definitely tell you I don’t think I can rate anybody else. Apart from the old legendary it’s only Sauti Sol that has made sure they have made a name in Uganda, Kenya, Tanzania and Africa.”

Bebe Cool went on to blast Kenyan musicians as lazy, and mentioned Dela with whom he collaborated with in a mash up song that also features Tanzania’s Rayvanny and American rnb sensation Jason Derulo .

“I just met Dela recently and I haven’t even listened to her music (before). So that means Kenyan artistes are a little bit lazy. I usually say that and I’m never shy about it. Because I haven’t heard of Dela before Coke Studio, if Dela has management she has to think twice and move (market themselves internationally). Because that is how I will know you. I won’t know when you are there, however good your music is. Success also comes with business and marketing.”

Responding to the claims, Taurus Muzik’s Dela told Nation.co.ke: “Bebe is a nice guy and we have actually been talking of a collaboration since the time we met and did a song together with Jason Derulo and Rayvanny for the Coke Studio. However if at all that’s what he said, I would say it’s relative and just an opinion,” she said.

Pressed if Kenyans artistes are lazy, Dela, whose Swahili cover to Adele’s mega hit “Hello” gained her international recognition, said: “I am not concerned with such issues to be honest, because everyone knows Dela is one of the most hardworking artiste in Kenya releasing single after single. I have done media tours in Uganda and Tanzania as well. Currently, I am preparing my albums and I have featured a few Ugandan musicians. And we are not lazy. However, I wouldn’t want to drop a disparaging remark, but anyway how many Ugandan artiste get played here? Yet they are big in their own way back in Uganda.”

West Pokot Woman ‘Resurrected’ by Prophet Owuor Speaks Up < Previous
Bahati: I Will Wed Diana Marua Next Month Next >
Recommended stories you may like: