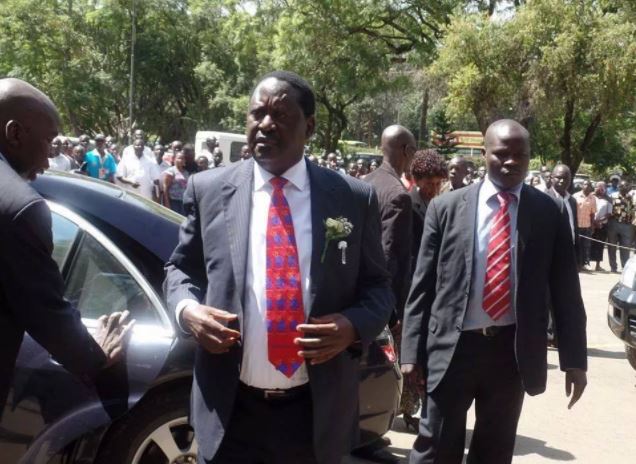 NASA presidential candidate Raila Odinga’s request for a revamped security detail has been turned down by the government.

The Opposition leader wanted 34 new bodyguards in addition to the 16 police officers he currently enjoys.

In a letter to the Inspector General of Police, Joseph Boinnet, dated May 23, Raila, through his Spokesman Dennis Onyango, also asked the government to provide him with 11 new vehicles.

The new security detail was to include one officer in the rank of Superintendent, one Chief Inspector, two Inspectors, two Sergeants, four Corporals, and 24 Police Constables(8 of whom were to be drivers).

The chase cars include one Mercedes-Benz, four four-wheel-drive vehicles, and six saloon cars.

Below are screengrabs of the said letter 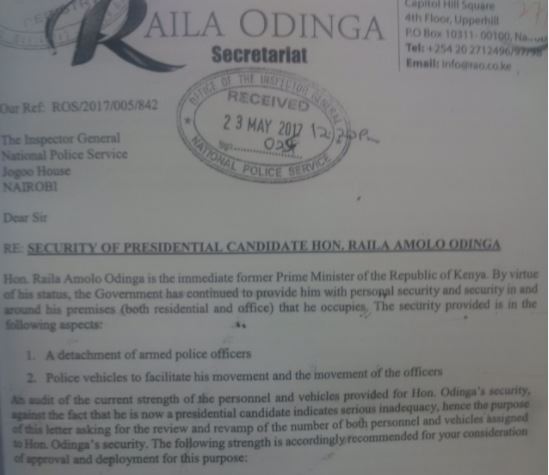 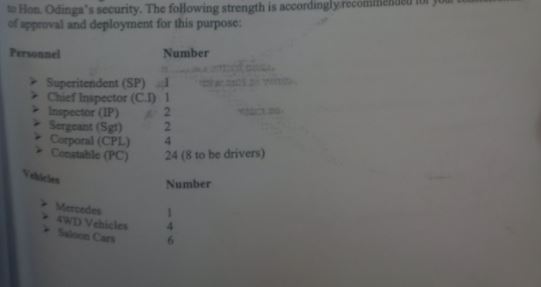 “Of the four 4WD vehicles, one will be in the convoy for Hon Odinga’s use, one in the advance team and one to wait in Nairobi to receive him on return when he flies,” the letter further reads.

But IG Boinnet on May 28, five days after receiving the request, wrote back and rejected the request. informing Raila that his request for additional security and vehicles could not be

According to the Star, Boinnet told Raila that he already has more policemen than what he is entitled to.

He reportedly asked the NASA flagbearer to refer to the Retirement Benefits (Deputy President and Designated State Officers) Act, No 8 of 2015 which spells out seven benefits that the former PM and his running mate are entitled to, including three vehicles each.

Speaking to journalists yesterday, Nkaissery said that the government will not bend the law in assigning police officers to politicians ahead of the August 8 poll.

But he noted all presidential candidates will get security

All The Trending Pics This Furahiday < Previous
Watch: Ababu Accuses Raila of Cleansing Corrupt Opponents into Angels Once They Join Him Next >
Recommended stories you may like: