All Plastic Bags in Stock by August 28 will Become Waste, Declares Nema 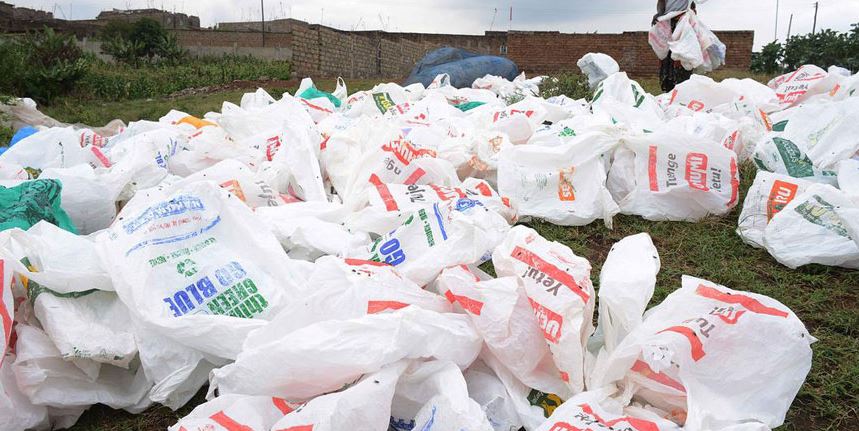 Plastic bags retailers and manufacturers have been served with a notice to clear their stock before August 28, 2017, by Kenya’s environment watchdog Nema.

This follows a legal pronouncement by Ministry of Environment and Natural Resources on February 28 banning the use, manufacture, and importation of all plastic bags used for commercial and household packaging.

Read: It Will Now Be Illegal To Use Plastic Bags in Kenya

Speaking at a consultative forum for stakeholders on Wednesday, the National Environment Management Authority (Nema) director-general Geoffrey Wahungu, said any stocks left by August 28 will be treated as garbage.

“All plastic bags in stock by August 28, will become waste,” said Wahungu.

He added that they have partnered with Kenya Revenue Authority (KRA), Kenya Bureau of Standard (KBS) and county governments to make the ban more effective.

“My authority is keen to implement these strategies to the very end so as to enhance a clean and healthy environment for all,” he said.

In April,  the Kenya Bureau of Standards (Kebs) said companies that manufacture plastic paper bags will no longer be issued with permits.

Retailers or manufacturers found using plastic bags after the ban will face a fine of between Sh2 million and Sh4 million, or a jail term of between one and two years, or both.

“Everyone has a role to play to make sure that the country goes into the implementation of this ban with an open mind to go the extra mile for the good of the environment and the citizens of this country,” she said.

Nakumatt Holdings and Safaricom have already launched biodegradable bags to be used as alternatives to plastic paper bags.