Nyashinski Asked What His Next Song Should Be About, What this Guy Said Will Crack you Up 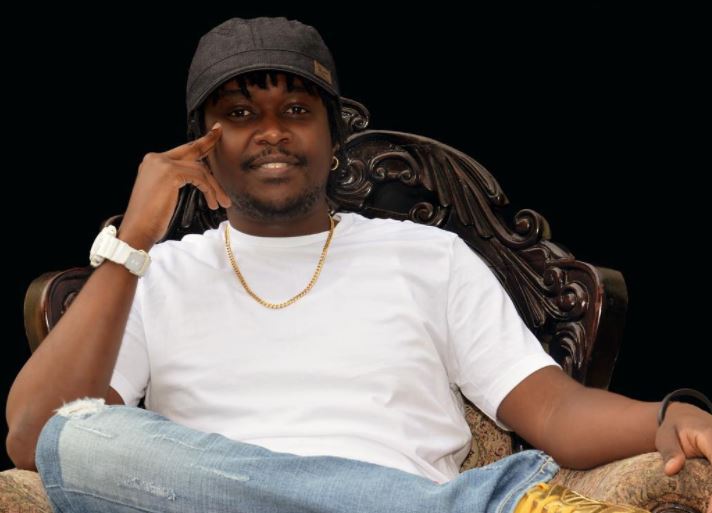 Our ongoing edition of Savages in Kenya has stumbled upon this week’s savage on Nyashinski’s Facebook timeline.

The highflying singer took to social media yesterday to source ideas for his next song and as you would expect Kenyans were at their hilarious best.

While a song about ‘Unga’ was overwhelmingly proposed, it was a comment by one Christopher Muiga that caught our attention.

According to the lad, Nyashinski should follow up on his two massive hits ‘Malaika’ and ‘Aminia’ with a song about the paradox of value also known as the diamond–water paradox. 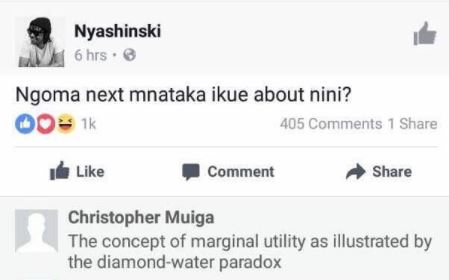 The diamond-water paradox is the apparent contradiction that, although water is more useful in terms of survival than diamonds, diamonds command a higher price in the market.

Perhaps the lad has an exam coming up and just wants to be well prepared beforehand with the help of Nyashinski.

Here are some more comments.