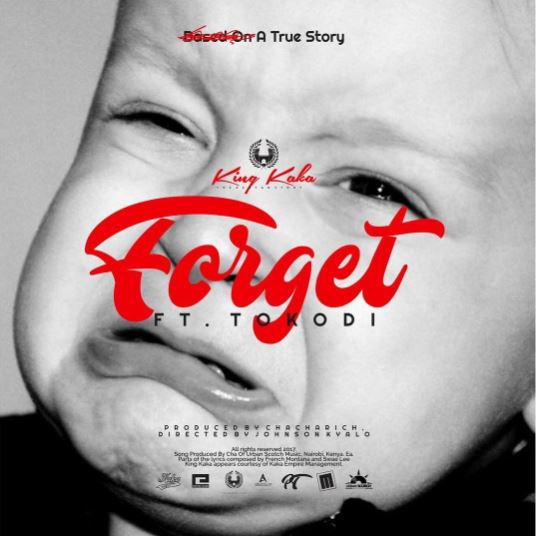 Rapper King Kaka is making waves once again and has unveiled his latest project titled -Forget.

The ‘Yap Yap’ rapper has teamed up with the fast-rising singer and actor Pascalino Lpesinoi Lenguro Tokodi better known as Tokodi.

Tokodi, 24, had his big break in music last year following the release of the chart-topping single ‘Sitaki.’

In ‘Forget’, the talented mellow-voiced singer complements King Kaka’s rapping with his smooth R&B vibes in this unoriginal track sampled from the original ‘Unforgettable’ by French Montana ft. Swae Lee.

It’s produced by Chacha of Urban Scotch while the video is by Johnson Kyalo.

The Hottest Stories on the Internet Today (Wednesday June 28) < Previous
Amani: People are Waiting to See My Wedding but I’m Already Married Next >
Recommended stories you may like: