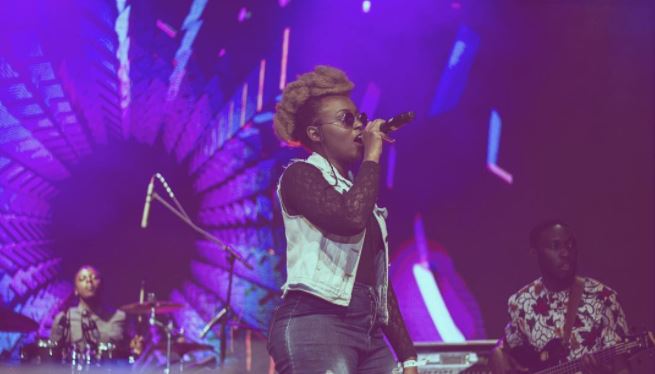 Finally! One of Kenya’s finest and most talented female rappers Gloria Mecheo better known by the moniker Xtatic is set for new beginnings in her music career after finding a new record label.

The ‘Hit Em Up’ rapper made the announcement on social media this week, revealing she had signed with Silopanna Records.

In a subsequent post, Xtatic shared a video of the CEO of Unruly Records, Shawn Ceaser, welcoming her to the family.

Xtatic, a gifted rapper and lyrical genius burst onto the scene in 2012 aged 21 with her single ‘Prep Track’ and was hastily spotted by Sony Music Entertainment Africa which declared her “one of the most promising artists to come out of Africa lately” and whisked her to South Africa to sign a deal.

It also signer her to Sony’s artist management and music publishing company, Rockstar4000, and had her work with renowned producers The Fahrenheitz.

But her 5 year- stint with the record label, marred with controversy, ended early this year.

According to Xtatic, she chose the new label because she trusts them to deliver what Sony could not.

“I’ve worked with one of the biggest labels but in comparison to The Expectation I didn’t get to get so Much that I and everybody else expected. So now, I’m trusting people who are willing to work for me and also have My best interests at heart, if there is anything I’ve learnt it’s that a name or how big or small may not equate to success, it’s the work they put in that should speak for itself. So let’s wait and see on this new venture that I’m really excited about ???,” said the rapper.

Well, it’s about time we had Xtatic fully in the game!

Loading...
The Hottest Stories on the Internet Today (Wednesday June 7) < Previous
I Came to Nairobi as a Street Kid and 7 Years Later I’m Blessed than Most, Says Birthday Boy Obinna Next >
Recommended stories you may like: