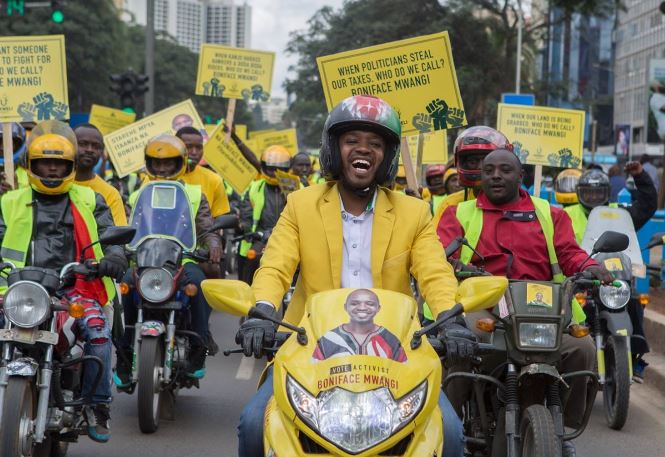 Boniface Mwangi’s political journey is gathering pace in his bid to get into parliament in August.

The Starehe Parlaimentary aspirant, with the help of his staunch supporters, has raised over Sh700,000 in three days towards his campaign kitty.

The activist said the Sh732,666 will be used to purchase campaign materials, media and communication. 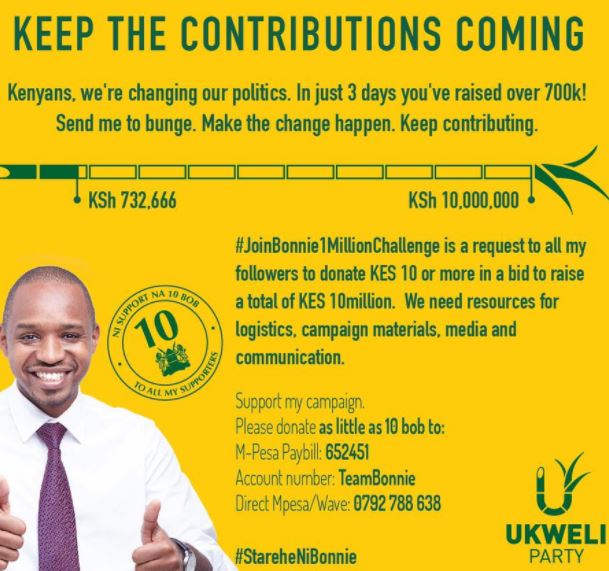 This is the second fundraising Boniface is having since he declared his bid under the Ukweli party. Since March Kenyans have donated over Kes 3.2 million shillings towards his campaign.

Last Friday, he was cleared by the  Independent Electoral and Boundaries Commission (IEBC) to vie for the parliamentary seat in the August 8 polls.

He will be vying for the seat against city businessman Steve Mbogo (ODM) and musician Charles Kanyi aka Jaguar (Jubilee).