VIDEO: Watch Man Pray for his Expensive Vehicle not to be Swept Away by Flash Floods 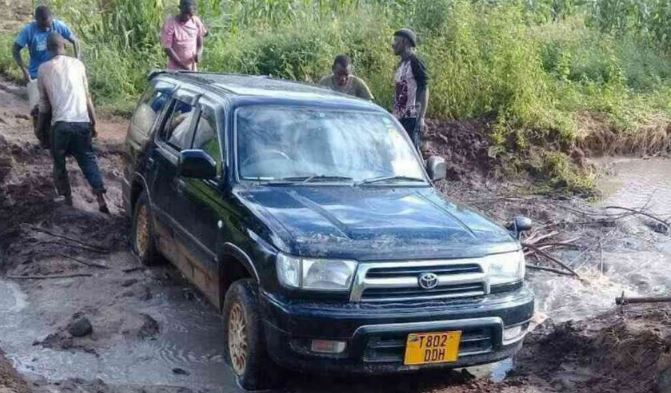 A video is going viral in the interwebs showing a man turn to God in prayer when his car got stuck in raging flood waters in Tanzania.

In the eight-minute clip, the unidentified man is heard praying for the vehicle not to be swept away. He rebukes the devil and prays for God’s protection for his vehicle for the full eight minutes.

His prayers were seemingly not in vain as the car did not move. As the flash floods subsided, the man continued to praise the Lord saying it would not be swept away.

The vehicle was later pictured stuck in a shallow ditch after the floods had subsided.

Watch the clip below, courtesy of The Star.

All The Trending Images This Wednesday < Previous
Ignore Fake News. This is the Full List of IEBC Returning Officers Next >
Recommended stories you may like: