VIDEO: Drama as Sponsor Picks Up Girl from Her Broke Boyfriend’s House 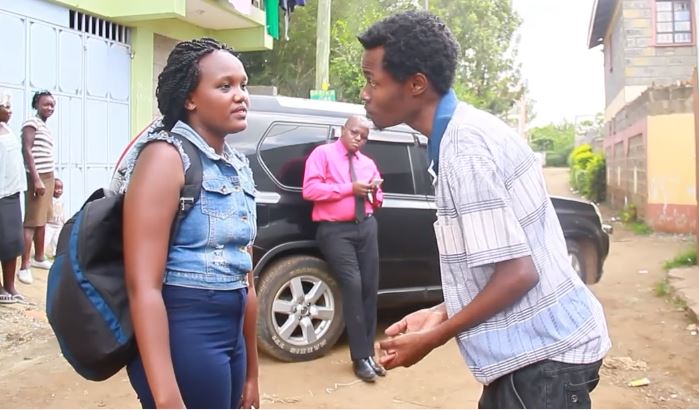 These sponsors will show us things!

The sponsor menace continues to haunt its fair share of young Kenyan men and it doesn’t look like it’s coming to end anytime soon.

On that note, a broke Kenyan man was dealt a huge blow when his girlfriend’s sponsor showed up at his house to “collect” his PYT(pretty young thing).

Drama ensued when the guy tried his best to try and stop his “wife” from boarding the sponsor’s waiting car.

Watch how the drama unfolded below courtesy of comedian Henry Desagu.

Hilarious Meme Compilation (Monday May 29) < Previous
Funny Posts by Kenyans on Social Media to Take Those Monday Blues Away Next >
Recommended stories you may like: