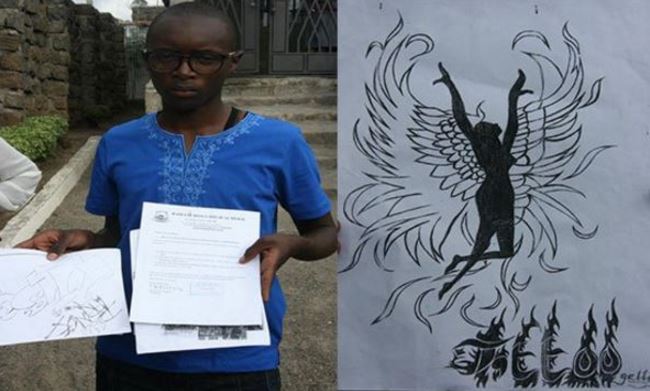 A Form Four student who was expelled from a school in Nakuru for what was termed as demonic drawings has been honored by a top hotel in the city.

Ian Njenga, 17, was expelled from Bahati High School in February after the administration claimed that his art was “suggestive that he owes allegiance to some demonic faith.”

He was also accused of trying to recruit fellow students to his ‘demonic’ cult after he drew a scorpion on another student’s shirt.

Last Saturday, Ian was part of a group of seven artists selected by Villa Rosa Kempinski to exhibit their artwork during the hotel’s second edition of the annual art exhibition and auction program, ‘Wasanii Jukwani.’

The pieces had to convey a central theme highlighting the global chain’s 120 years’ anniversary.

Njenga’s piece on display was a charcoal on canvas painting with the theme Vintage Transport priced at Sh50,000.

“We selected the boy because we wanted to give him a platform to nurture his talent and showcase his artwork. We value people with fresh ideas and want to expose them to a ready market. His exploits will be a stepping stone for other budding artists,” said Mwingirwa Kithure, the hotel’s public relations manager.

According to Njenga, it was great to be featured in the exhibition.

“I was in primary school when I noticed that I had a love for art. I would draw cartoons by the age of ten. It came naturally. I am happy that my parents encouraged me to cultivate this talent while pushing on with my education. It is great to be featured in a big exhibition,” Njenga said at the exhibition.

“I want to encourage young people with such talents not to give up but fully express themselves through such means. There are economic benefits if taken seriously.”

Following his expulsion and the subsequent public backlash, the school tried to readmit him but his parents opted to transfer him to another school in Nairobi.

Below are photos of his piece. 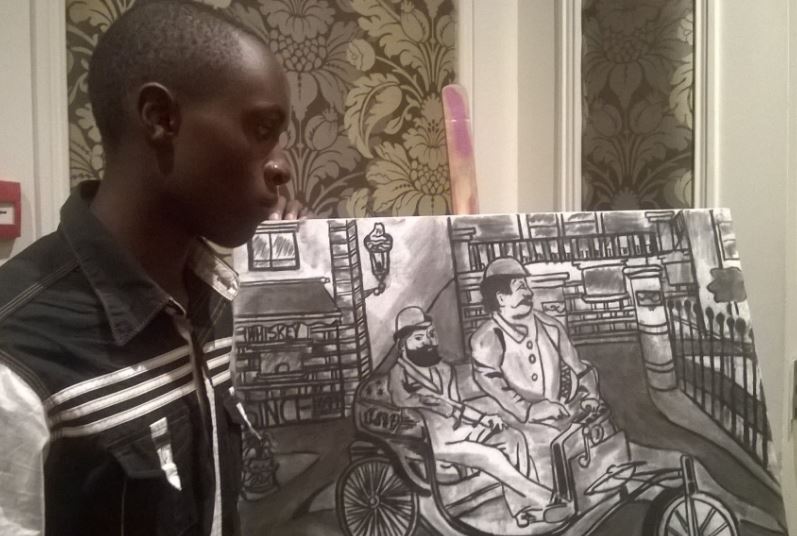 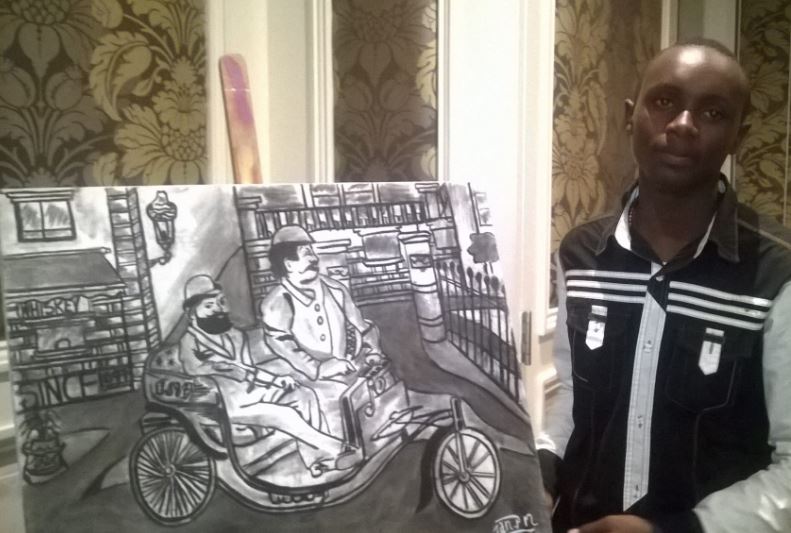 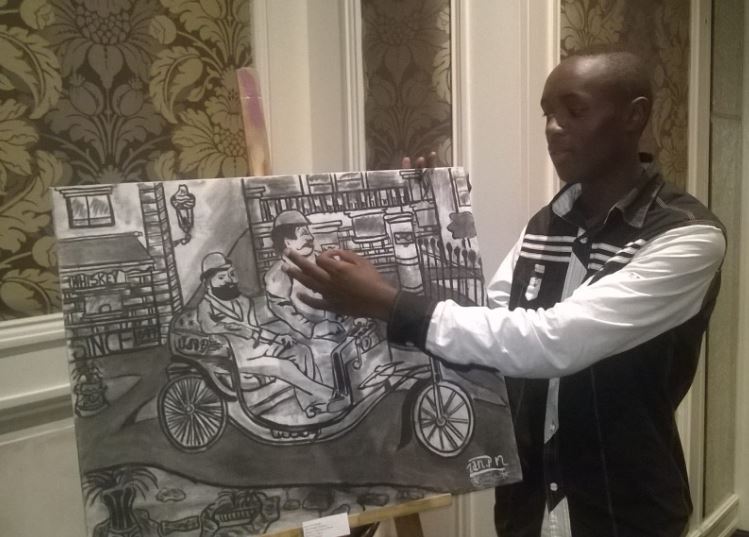 What Rapcha Said About Churchill is not True. I Have Been There, Says Kajairo < Previous
Esther Passaris Advice to Women on How to Deal with Men and their Egos Next >
Recommended stories you may like: