Colonel Mustafa: I Dumped Virgin Gospel Singer Because I Could Not Wait for S*x Until Marriage 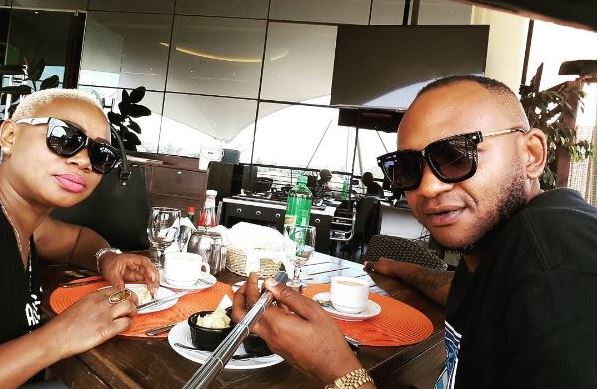 Rapper Colonel Mustafa is no longer in a relationship with upcoming gospel singer only identified as Mikato.

Mustafa, after failed relationships with ‘Chokoza’ singer Marya and Huddah Monroe, unveiled Mikato back in August 2015 as the love of his life.

“Love is not about finding the right person, but creating a right relationship. It’s not about how much love you have in the beginning but how much love you build till the end. I have fallen in love once again guys,with someone who loves and appreciate me and supports all I do.I never knew love will hit me hard as it just did kwanza. true love is amazin,” said Mustafa in 2015.

By October last year, Mustafa was already considering marriage with Mikato, whom, he said, had changed him for the better.

“We have been dating for two years now and I plan to take 50 cows to her family,” said the singer.

However, it has now become apparent that Mustafa has since dumped the woman because “she could not give up her virginity to him before marriage”.

Speaking during an interview on Citizen TV’s 10 Over 10 show, the “Loboko” hitmaker said he could not wait until marriage to have sexual relations with Mikato.

“I broke up with the gospel artiste because she insisted that I have to marry her when she is still a virgin. I told her that I could not wait for marriage to have sex with her. Before marrying someone, I must have sexual knowledge of the partner I will spend the rest of my life with. She could be a man and all through I had been made to believe she was a woman,” said Mustafa.

He added that he is currently seeing someone.

“I am currently dating, and I am very serious about the relationship. My girlfriend is not someone known in the public space. This time round, I decided to keep her from the prying eyes of online users. Every time I introduce my partners to the public, men elope with them. This time round, I vow not to repeat the mistake.”

Ringtone: Groove Awards are Hypocrites and Have Run Out of Ideas < Previous
H_art The Band Members Arrested After Dramatic Police Car Chase at Koroga Festival Next >
Recommended stories you may like: