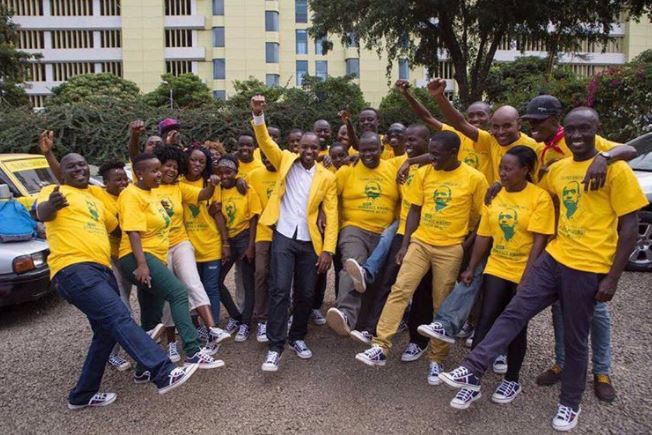 Boniface Mwangi, a self-confessed motorcycle enthusiast, is back to riding.

Over a year ago, the popular activist announced that he was broke and selling his motorbike to self-publish his photography book, Unbounded. 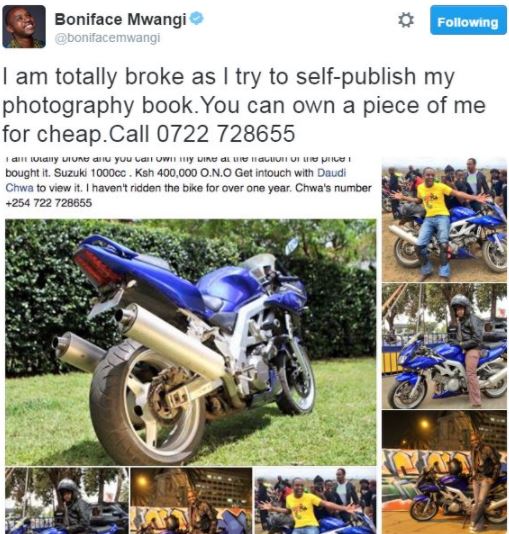 Now, with the book launched and with an eye on the Starehe Parliamentary seat, the former team leader of PAWA 254 is back to riding.

He used social media to make the announcement as he showed off his custom painted bike.

According to photojournalist-cum-activist, the bike will come in handy during the campaign trail.

“I am back to riding to beat the traffic while on the campaign trail,” he captioned the snap with the hashtag ‘StareheNiBonnie ‘ 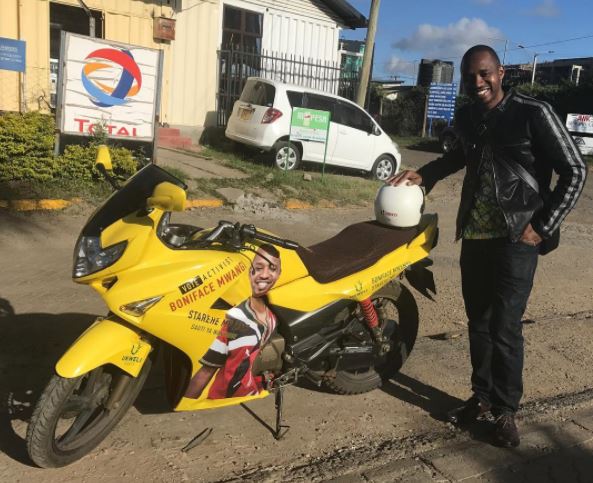 Boniface will be facing off against musician Charles Njagua aka Jaguar and flamboyant city businessman Steve Mbogo for the Starehe seat in August.