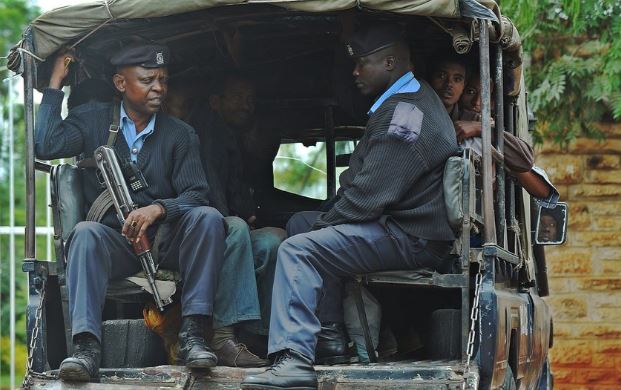 A police officer on Monday night accidentally shot himself and a suspect he had arrested in Nairobi’s Kayole estate.

The law enforcer and his two colleagues had arrested a group of suspects and were in a police vehicle when the officer’s gun went off.

The officer and suspect were both hit on the legs and rushed to Mama Lucy hospital.

“The officer is still admitted but the suspect was treated and discharged,” Area OCPD Joseph Gichangi said.

Elsewhere, a policeman attached to Sambojo police post in Bungoma shot himself dead in his house on Sunday night under unclear circumstances.

Bernard Irungu reportedly shot himself  in the head at around 8pm after he was assigned night duty.

Confirming the incident, Mt Elgon OCPD Peterson Gitaga said Irungu was to go for regular police patrols with other officers.

“He excused himself, went to his house and we heard a gunshot ten minutes later,” he said.

“When other officers sought to find out what happened, they found him lying in a pool of blood on his bed.”

The police boss said Mr Irungu lived alone at the station while his family resides in Central.

“His body was taken to Kaptora mortuary as we continue with investigations on why he decided to take his own life,” Gitaga said.

Gitaga described the officer as a humble person who loved his job.