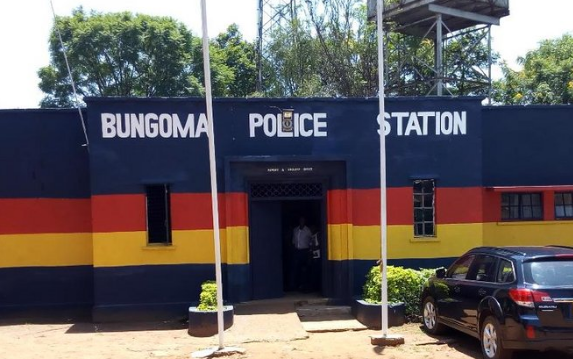 A middle-aged man has turned himself to police in Bungoma after he killed his pregnant sister during a family quarrel.

The deceased, a standard eight pupil at Ngoli Primary School is said to have died after being kicked in the stomach.

According to their father, Emmanuel Wafula, the scuffle between the two started when the family learned the girl was expectant.

“My daughter died as we were struggling to get a motorcycle to take her to the hospital,” Wafula said.

“Kizito is usually highly tempered. We had warned him against fighting with his pregnant sister.”

Confirming the incident, Area assistant chief Alfred Wefafa termed the incident an embarrassment to the community.

The chief said he suspected Kizito was drunk at the time he committed the offence.

“I have known Kizito for some time. He has a lot of love for the bottle,” said Wefafa.

He said Wafula will be charged with murder once investigation are complete.

Maina Kageni’s Glowing Tribute to Ayeiya and His Biggest Regret About The Fallen Comedian < Previous
Missing Jubilee Aspirant Resurfaces in Kitengela Next >
Recommended stories you may like: