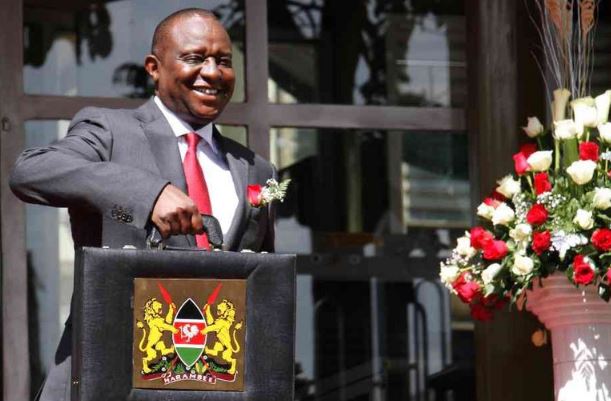 Bradley Limited, in which SportPesa has major shareholding, has moved to court to challenge the proposal by treasury Cabinet Secretary Henry Rotich to increase taxes on the industry to 50 percent.

The firm which is responsible for the Pambazuka National Lottery, moved to court claiming that the CS overstepped his mandate by seeking to raise taxes from the current 7.5 per cent (betting), 12 per cent (lottery), 15 per cent (gaming) and 15 per cent (competition).

In court papers filed by lawyer Muturi Mwangi, the firm argues that powers to review taxes in the betting industry is only given to the betting control and licensing board and not the treasury.

” The first respondent ( Rotich) acted without jurisdiction and was not authorized to take the administrative decision and the budget proposal in the budget statement with respect to increase taxation rates for the betting, lotteries and gaming industry,” the lawyer said.

Other respondents include Attorney General Githu Muigai, Interior CS Joseph Nkaissery and the Betting Control and Licensing Board.

The betting company further faulted the CS for failing to engage the industry directly before enhancing the taxation proposals.

It is seeking orders against the decision to increase the tax. It also wants the order suspended pending the hearing and determination of its case.

Jaguar Appears in Court Over the Death of Two in Road Accident < Previous
CS Matiang’i Vows to Smoke Out Political Aspirants with Fake Academic Papers Next >
Recommended stories you may like: