At Sh1000 Per Episode, Comedian Blames Churchill for Ayeiya Dying a Poor Man 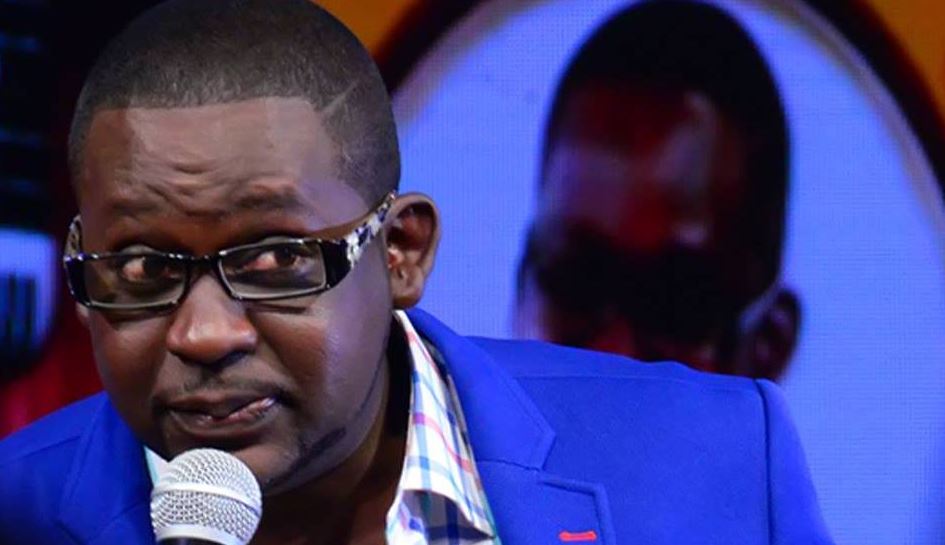 The issue of just how much Daniel Ndambuki pays his talents to appear on TV don’t seem to be going away.

By now we know that Churchill Show comedians are not the best paid people on TV. It has long been claimed that they get paid a few thousands shillings to entertain guests, and few more if their act is broadcast on TV.

Radio host and comedian Rapcha the Sayantist yesterday launched a tweetstorm blaming Daniel Ndambuki for the state of his comedians. He claimed that the reason Ayeiya died ‘a poor man’ was because he sold his jokes to Churchill.

Rapcha then went on to give his personal experience, saying that he walked out of the show after one season after making the discovery. He further made a bold claim that all Churchill Show comedians will ‘die poor’ unless they leave like Eric Omondi.

Rapcha then stated that the amount of money Ayeiya should have earned for his time at Churchill should have been enough to take his child through college.

Asked by a fan how much comedians on the show get paid, Rapcha revealed that the figure was Sh4000.

He would later clarify that Sh4000 is a monthly figure, which translates to Sh1000 per episode.

When some fans tried to explain that Churchill gives the comedians a national platform and the exposure that comes with it, Rapcha rebuffed that saying “a platform does not pay bills.”

He then castigated Churchill for not footing the bill in Ayeiya’s funeral preparations, and instead setting up a paybill number for contributions.

Daniel Ndambuiki did not reply.

PHOTOS – NTV’s Ken Mijungu Weds KQ Hostess in Lavish Wedding < Previous
The Hottest Stories on the Internet Today (Tuesday April 25) Next >
Recommended stories you may like: