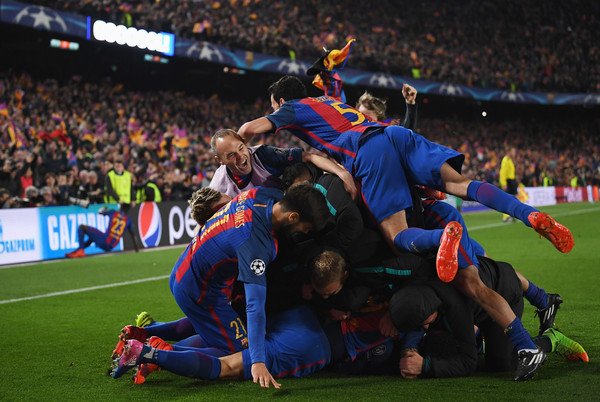 It is being praised as the biggest comeback in football history. Barcelona beat PSG 6-1 to eliminate the French from the Champions league.

After allowing Edison Cavani to score a crucial away goal, everyone knew that the game was over for Barcelona. They may be the best side in football, but nobody believed they could score 3 goals in the 20 minutes.

As it turned out, everyone thought wrong, and all Barcelona needed to seal the deal was a mere 7 minutes.

Someone on Twitter has put the Titanic soundtrack on that last goal by Sergi Roberto, and I must admit is is 100 times better.